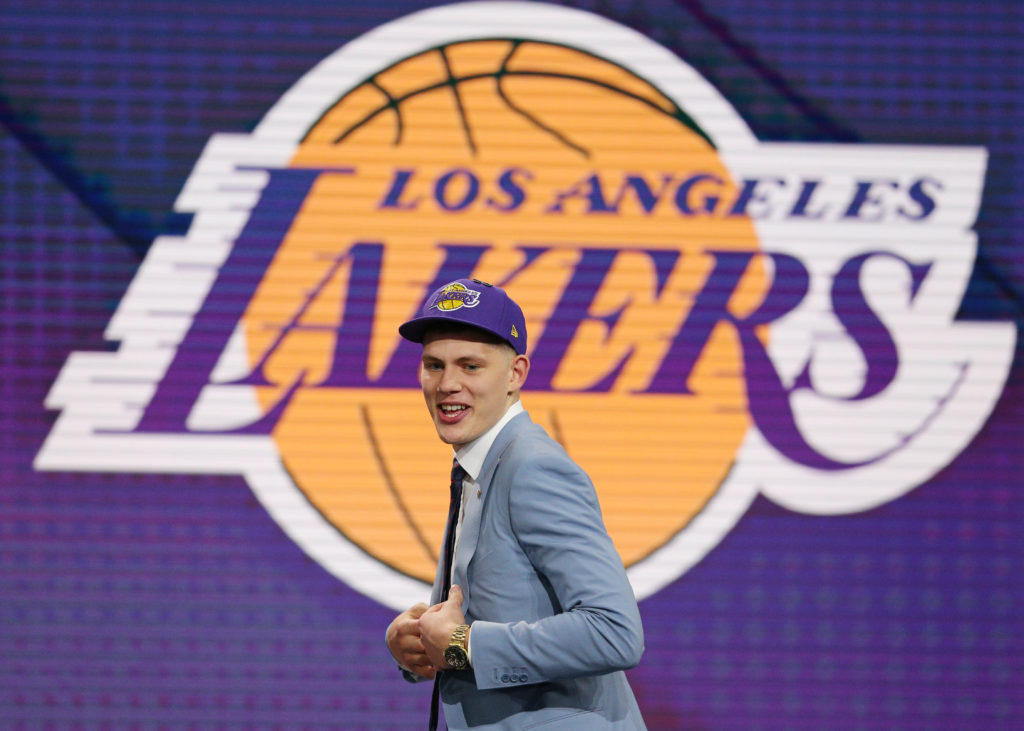 The Lakers selected University of Michigan, by way of Germany, big man Mo Wagner with the 25th pick in the 1st round in Thursday’s NBA draft. Wagner, a 6’11” Junior who returned to Michigan after pulling his name out of last year’s draft, was a key player on runner up to the college national championship, averaging 14.6 points and 7.1 rebounds a game this year.

Wagner is a bit of a “left field” pick for me — though I’m not a draftnik by any means. He was the 38th ranked prospect in ESPN’s Jonathan Givony’s top 100 and the 34th ranked in The Ringer’s draft guide. There were, at least from those publications pre-draft rankings, better talents on the board when the Lakers picked, but they went with the Michigan product.

When you look at Wagner’s profile, however, you can see why the Lakers would like him. As we’ve written about plenty, the Lakers value shooters and Wagner is certainly that. Over his sophomore and junior seasons Wagner hit 39.4% of his three point shots on 274 attempts. This ability — at least at the college level — to stretch the floor is something the Lakers are hoping translates to the pros and it’s something Wagner himself knows will be a key skill for him as he transitions to the NBA.

As a big man who can shoot some, the next question becomes what he can do to supplement those skills since teams will be eager to run him off the line if he shows his shooting is real. Well, offensively he shows some skill as a straight line driver against closeouts and can even offer some shake with a nice handle when his defender shows he can keep with him.

These are important facets to have in his game and he’ll need to show he can accomplish these things against NBA athletes. But as a player who shows real skill as a pick and pop option, he should be put in advantageous positions offensively in the half court, playing in a role very similar to what Brook Lopez did this past season, where he can get open 3’s popping out of the P&R and then driving opportunities when bigs try to recover to him when he’s spotting up.

The Lakers also want players who can play hard and who operate with a high motor and Wagner offers that as well. He’s known to run the floor hard, offer intensity on the glass (something he improved on this year), and in general play with good fire and emotion. A player who can play with a high motor, hit the outside shot, and hold his own on the board has a very real path to playing time in today’s NBA.

However, the trick will be how well he acquits himself defensively and whether whatever deficiencies he has as an individual defender can be made up for with his efforts as a team defender. While Wagner doesn’t have poor feet, he’s not likely to excel switching onto guard and wings at the NBA level and his only average length will almost assuredly limit his ability as a true rim protector in schemes that have him dropping below the level of the screen in P&R’s.

These things can be compensated for with good defensive awareness when rotating to cut off driving lanes, an understanding of verticality when challenging shots, and an overall understanding of angles + where to be and when. Of course, it’s rare that young bigs come into the league with these skills, so there will be a learning curve that needs to be overcome on that end of the floor.

With all that, then, it will be interesting to see if Wagner’s shooting and overall offensive tool kit are strong enough right away to earn him real minutes early on. As we saw with Kyle Kuzma, players who flash real shooting ability can find ways to leverage that very valuable skill into success into other areas offensively — especially when playing at one of the “big” positions. I’m not comparing Wagner to Kuzma, but as a late 1st round pick the path to playing time will often be leveraging your best skill in ways that get you onto the court to show you belong in other ways too.