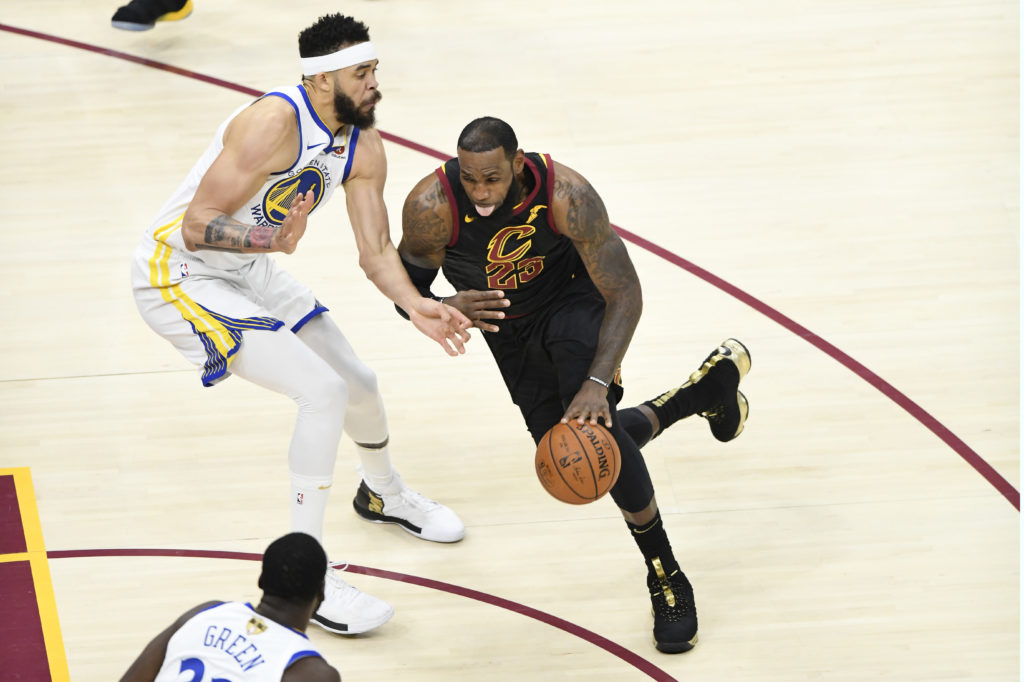 Okay, things need to slow down now. After signing LeBron, re-signing KCP, and reportedly agreeing to a deal with Lance Stephenson, the Lakers are still at it, apparently. Per ESPN’s Chris Haynes, the Lakers have agreed to a contract with former Warriors big man JaVale McGee:

Sources: It’s a one-year, minimum deal to pry away the big man from Golden State. https://t.co/TU3NHrJ6Ri

Fresh off two consecutive NBA championships with the Warriors, McGee will now travel down the California coast to Los Angeles on a 1-year veteran’s minimum deal to be, presumably, a rotation big man for the Lakers.

McGee spent most of his career as a punch-line, making frequent appearances on TNT’s post-game #shaqtin roast fest. But the past two seasons under coach Steve Kerr and playing next to great players in Oakland put McGee into a nice role as a player who was asked to simply play to his strengths as a big who protected the rim on one end, and ran the floor/set screens + rolled hard for dunks on the other.

One can only assume this will be his role for the Lakers then, too. And one can also assume that Kerr’s relationship and connection with Luke Walton served as a ballast for this deal, similar to the exchange of intelligence between those two which greased the tracks for Nick Young to join Golden State after leaving the Lakers before this past season.

Getting back to his game, McGee can be a nice addition for these Lakers. He played well in the Finals, making an impact on both ends of the floor while showing a nice level of professional readiness by making a return to the starting lineup after being relegated to DNP-CD’s during the western conference finals vs. Houston.

McGee’s place in the rotation for LA will likely mirror what it was in the Bay Area too, where he was mostly a matchup dependent player who finds floor time against teams who play a more “traditional” style than the types of 5-out lineups the Rockets relied heavily upon.

McGee, then, should be a quality insurance big who might not play in every game, but can make an impact when he does get his chance. The Lakers would still do well to have at least one more C on their lineup — besides Julius Randle — and I would hope there will still be a dialogue with Brook Lopez to see if he can return.

That said, welcome JaVale McGee. From knucklehead to veteran big man with what is likely to be a real role on a team trying to remake itself into a contender on the fly. It’s funny what championship experience can do.