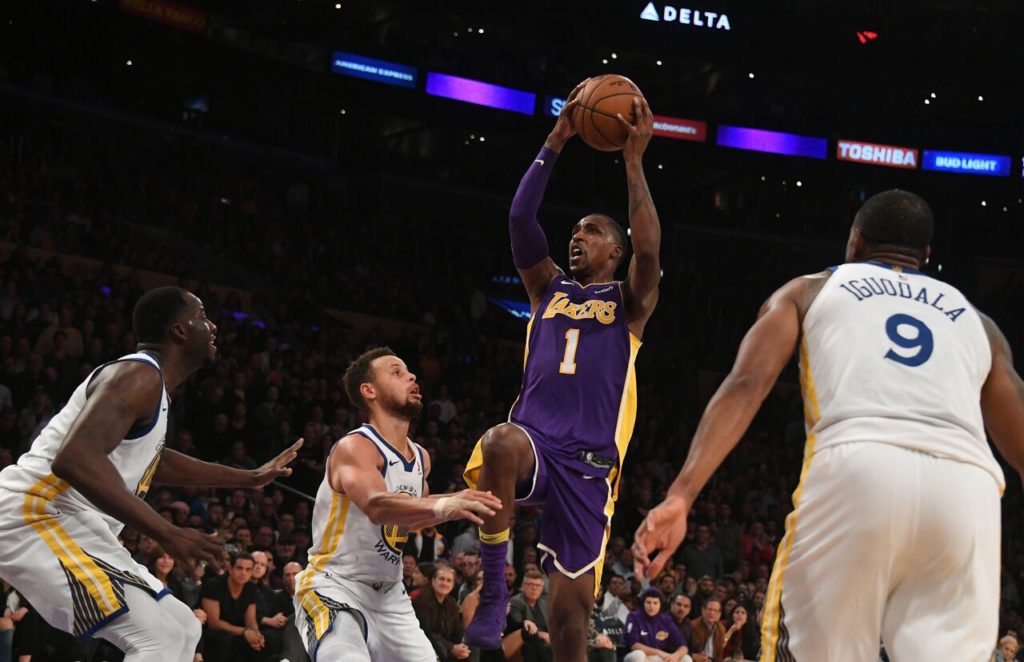 If you read my post on the Lakers ideal free agency, you’d know that I wanted 5 specific things to happen. The first was LeBron James joining the Lakers. That has happened. The 4th item on my list, though, was for the Lakers to bring back shooting guard Kentavious Caldwell-Pope.

Well, per Chris Haynes of ESPN, that is now done too:

Pope’s salary number is important, here. Signing for $12 million on a 1-year deal allows the Lakers to continue to keep Julius Randle’s cap hold on their books. This is no small thing even if it remains unclear where the relationship between Randle, is agent, and the Lakers are at this time.

Back to Pope, the fact he’s on a 1-year deal also maintains the Lakers flexibility for the summer of 2019 where there are a bounty of free agents — including Kawhi Leonard and, potentially, Kevin Durant. That KCP shares an agent with LeBron surely helped both sides get this done quickly and right in the wake of LeBron’s announcement.

As for the on-court fit of KCP returning, he had his ups and downs this past season, most notably having to deal with being placed on house arrest for issues related to a DUI and skipping out on court appearances while a member of the Detroit Pistons. Pope’s play in the lead up to his sentencing suffered and while on house arrest he was unable to leave the state of California, thus missing several road games when the Lakers traveled.

Pope, however, returned to the court more focused and showed a major jump in his shooting and scoring to close the year. In February and March, Pope shot 43.1% on 146 three point attempts while scoring nearly 14 points a game. And while he was still a bit erratic as a two-point shooter and had a bit too quick a trigger for my liking, it’s this type of floor spacing on both spot up and off-screen deep shooting which can be a huge addition to any team with LeBron on it.

Further, while Pope can be a bit overrated as a defender, he plays hard on that end (at least he mostly does), can defend both guard positions, and does a good job of helping to create the types of chaotic defensive possessions which help the Lakers generate transition opportunities. With LeBron in tow — and Lonzo, Ingram, Kuzma, etc as well — the Lakers can be a dominant open court team who punishes an offense’s mistakes by generating transition baskets.

Overall, then, I welcome KCP back. He’s not the perfect player by any means. But he’s a nice enough fit next on this iteration of the Lakers.