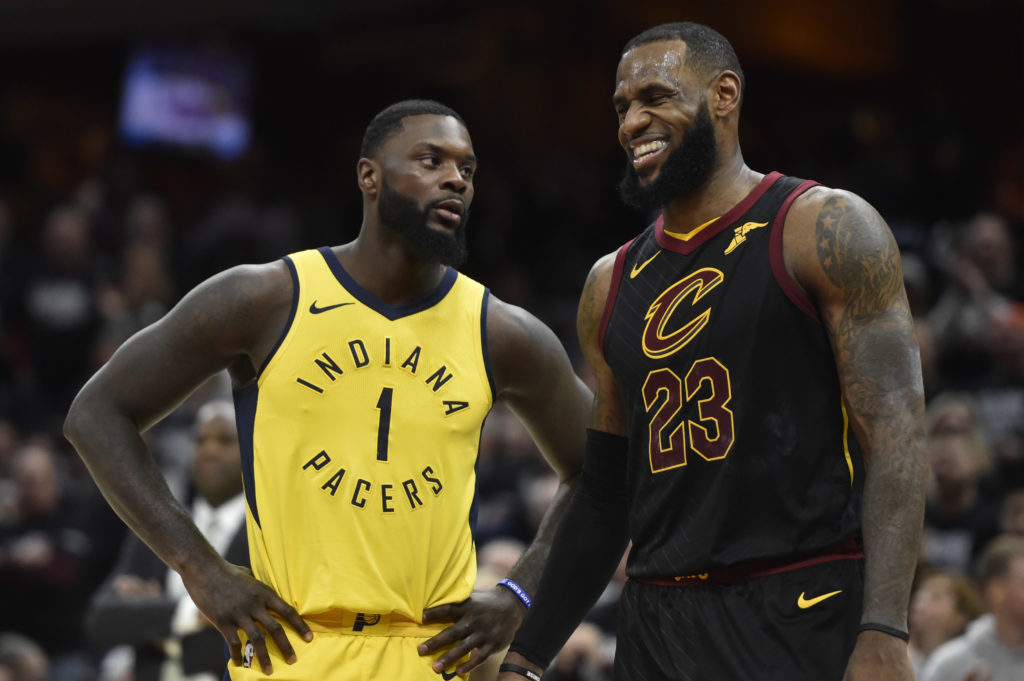 In a flurry of moves to open free agency the Lakers were, almost simultaneously, roast masters and punchlines. Adding LeBron James, but following that signing up with additions of Lance Stephenson, JaVale McGee, and Rajon Rondo had the internet pivot quickly from fear to laughs.

The LeBron James Lakers are now the meme team, a group of guys who have a (well earned) reputation for creating comical moments for social media consumption as much as, if not more, than producing on the floor. For a large sect of NBA fans who would prefer the Lakers fail, this is great news. For Lakers fans themselves, well, let’s just say they’re taking it in stride but would still rather focus on how the team can make sense and coalesce on the floor.

A side-angle to this, however, is that the Lakers, and more specifically LeBron, could actually benefit from a few additional meme-able moments — especially if they’re in on the joke. They could use a bit more fun. Because, while last year’s group was care-free and turned twitter, instagram, and snapchat into their personal playground of jokes at each other’s expense, the addition of James (and, to a certain extent Rondo) looks to change that.

This team now has expectations. And, I don’t know about you, but at no point in my life were expectations ever fun. Oh, they can motivate and be the driver for high level achievement. They can be the compass for upward mobility, the north star which guides teams towards their goals. But fun? No, expectations aren’t quite that.

But this game should be fun. It’s something Luke Walton, with his Golden State roots, firmly believes in. Music blasting at practice, wise cracks during media availability, and a general vibe of work as play were key tenets of last year’s roster. And, honestly, there’s no one who could use a little injection of that more than LeBron.

Last year when you watched LeBron, of all the superlatives you could use to describe his play, joyful would not have been one which came to mind. Maybe it was his looming free agency. Or the stakes for every game he and the Cavs played. Or the resignation that his team, no matter how good he was, wasn’t a true contender even as those expectations were thrust onto it. Or maybe it something else entirely.

But, whatever it was, beyond those moments right after a game winner (you know, like this one), LeBron rarely looked happy. Rarely did he resemble this guy:

The above is a moment from LeBron’s first stint in Cleveland. Look in the background and you see Shaq laughing as LeBron dances around, smiling wide. In recent years, those moments have decreased in frequency and fervor.

Maybe he’s just older now and the time for fun and games are over. I hope not, though. I’d like to see some of that LeBron again.

Beyond the other benefits of being surrounded by a group of good young players, this is where I hope they can find a bridge to LeBron. Through the joy and love of the game that we know is there for all these guys. This is also where I think Luke Walton can be his best in connecting with James.

Walton, a former player who was drafted the same year as LeBron, has an ability to connect with players as both a coach and a peer. He’s been through the grind and understands what is needed to be able to get through it and come out the other side with a smile on your face.

The Lakers are unlikely to be able to mimic the Warriors here; they’re not going to laugh their way to 60+ wins and be able to clown teams in post-game media availability even after losing to them. Arrogance offers a certain type of fun too, especially when it’s backed up by hardware.

But, I look at this Lakers roster and I see some guys who love to compete and who know how to make the game fun on a night to night basis (even if it’s not always intentional *waves at JaVale*). And I hope LeBron is able to have a few more of those moments in Los Angeles than he had in Cleveland this past season. Because if LeBron can reclaim the joy in his game, I think the Lakers will be even more dangerous than they’re currently expected to.