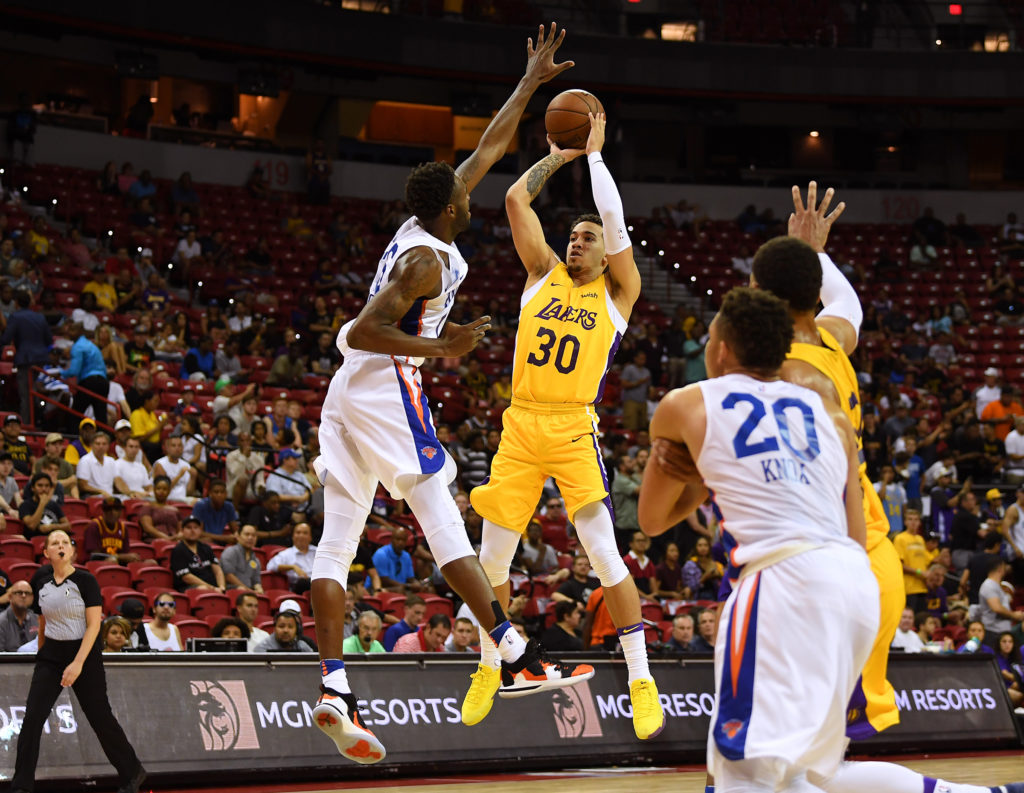 In case you missed it in the wake of the team signing Michael Beasley — and no one would blame you if you did — the Lakers agreed to contracts with three players in the last several days. All three played on the championship runner up summer squad — Joel Berry II, Johnathan Williams, and Jeffrey Carroll.

Per the press releases, terms of the deals were not released, but we know from earlier reporting that Carroll’s contract contains an Exhibit 10 attachment, which basically means it can be converted to a 2-way contract if executed before the start of the regular season. Considering a team can have up to 6 contracts on their roster which contain an Exhibit-10, I would not be surprised if the Berry and Williams’ contracts contain this as well.

The Lakers currently only have one 2-way player under contract — Alex Caruso — after waiving Malik Newman last week.

As it stands, the Lakers roster currently stands at 19 players, but 15 of those contracts are guaranteed and one, as noted, is Caruso who is on that 2-way deal. The Carroll, Williams, and Berry trio make up the remaining contracts and if you’re doing the math in your head something should now be abundantly clear — none of these three are likely to make the final roster and these deals are surely more to give the Lakers exclusive rights to funnel them to their G-League team the South Bay Lakers.

In other words, these are training camp deals, likely with good bonuses in them to entice them to sign on with the Lakers considering the lack of upward mobility to a real NBA roster spot on this specific team.

Sure, one could find their way into the team’s remaining 2-way slot and that’s a carrot worth chasing. But, in the end, these deals are more about getting longer looks at these guys and into their player development system with the SBL than anything else. And, considering what the relative success they had with Caruso, that’s a worthwhile gamble for the Lakers — and less for these players who, unlike Caruso, are looking at a much different roster construction for this upcoming season than what he saw last year.

At this point, there’s really little left to add. All three of these players have relative, general upside and I’d be intrigued enough should any/all of them end up with LA’s G-League team. From what we saw in Vegas, Carroll and Williams offer the most long term potential as they have good size to go along with their skill and college pedigrees (which Berry has as well, I should note) with both flashing some offensive utility and, Williams specifically, showing some defensive chops.

But, NBA production is likely a ways off and if the Lakers could shuttle all three to the South Bay squad, that would be ideal.