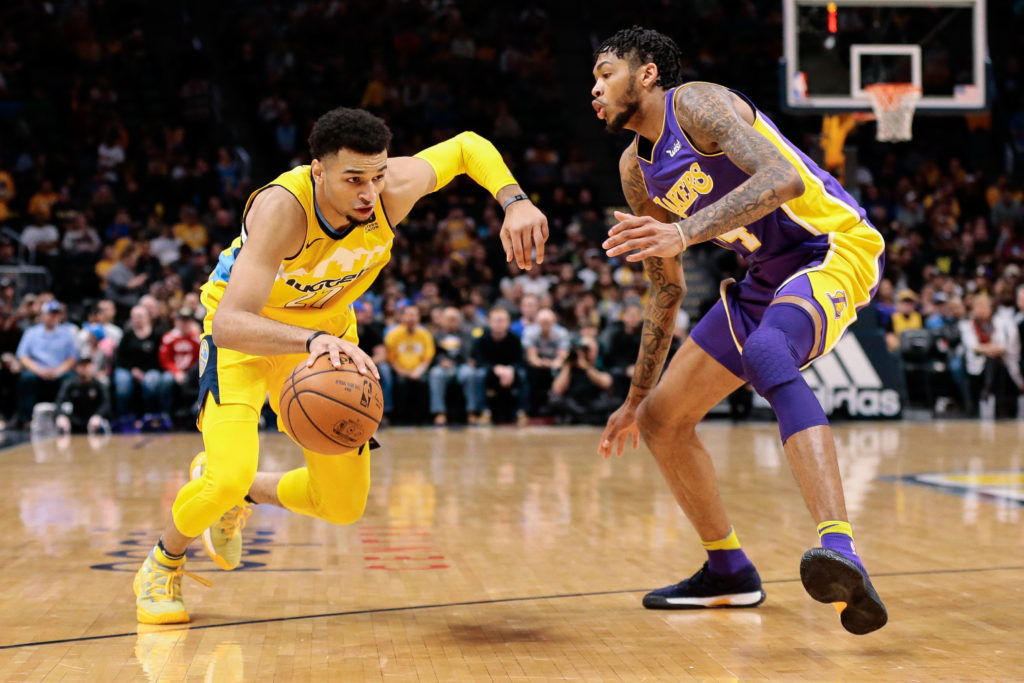 Remember back on July 1st when LeBron James chose the Lakers in free agency? Remember the exuberance? The questioning of if it was even really real? Then, the realization that LeBron was actually going to suit up for the Lakers?

Well, that day is here. LeBron is going to play in his first NBA game wearing that forum blue and gold #23 jersey for the first time and I can barely contain myself. I know it’s only preseason. That the game, in the big picture doesn’t matter. That he’s likely to barely play at all. So what. SO WHAT.

This game is also going to be sloppy. The Lakers, as they did last season, have focused almost entirely on defense and while they have slowly been adding more to their offensive playbook over the first few days of camp, I don’t expect things to look smooth on that side of the ball.

As Luke Walton has stated several times already, this group is brand new and is starting from scratch in a lot of ways. Yes, the young players who are holdovers have been in this system, but new roles and a group of veterans mean a new mix, which means finding a new chemistry and new ways for everything to fit as it should.

There are things to watch for, however. Will Lonzo Ball play? Will the confidence Ingram’s been displaying in his media availability translate to the court? How much run will Kuzma get as the nominal Center? What does the rotation look like? Can Hart continue to look like the player he was in summer league? Will Svi hit 90% of his shots or just decide hitting 100% is the way to go?

I’m also interested in seeing how JaVale looks (assuming he’s the starter) as a defensive anchor and rim rolling lob threat, whether Zubac can carry over his strong play from his national team to the Lakers, whether  the “new and improved” KCP is a real thing or just a media day talking point, and how Rondo, Lance, and Beasley fare in their first games as Lakers.

That’s nearly every player on the roster, but that’s the point isn’t it? The Lakers are back and whether it’s a preseason game or not matters less than at 6:30pm I’m going to turn on the TV and watch this new squad play and actual NBA game. Praise the basketball gods. We’re back, you guys.