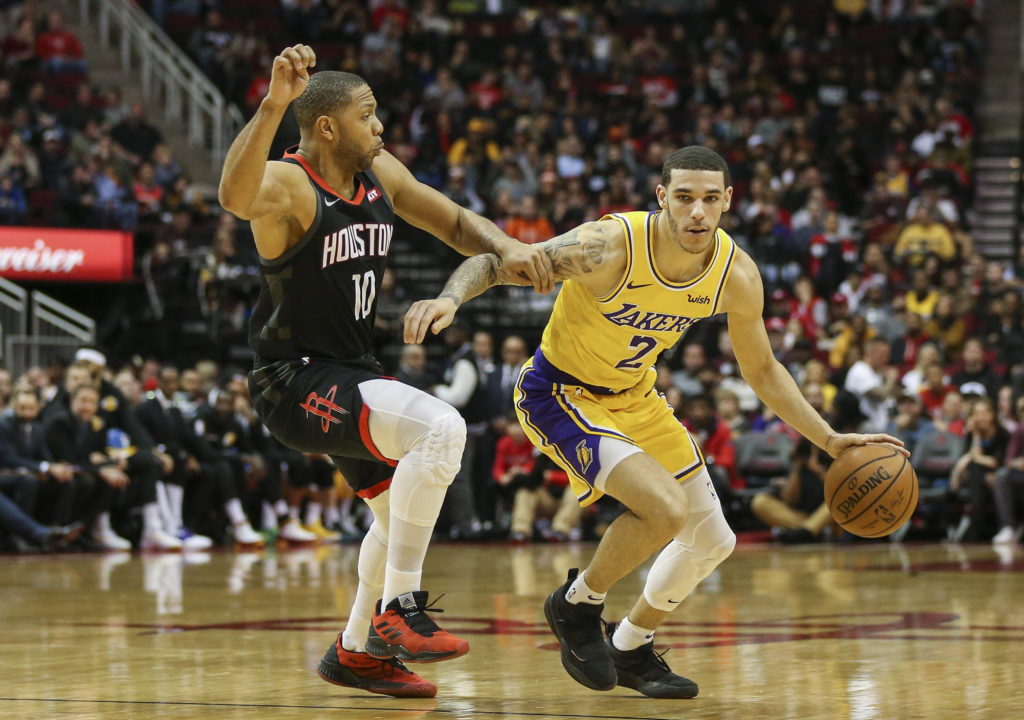 In this episode of the Laker Film Room Podcast, Pete and I discuss Lonzo Ball’s ankle injury and what it means for him and the Lakers going forward.

We open up discussing how Lonzo was playing before the injury, dissecting how he was playing some of the best basketball of his NBA life by offering a command and floor generalship that falls in line more with what you might expect from a “lead guard”. While Lonzo came into the league being touted as a culture changer, that moniker aligned more with his ability to push the pace and his want to move the ball quickly onto open teammates to establish a barometer of unselfishness.

His recent play, however, incorporated more control in halfcourt situations, upping his usage — particularly late in games — where he became a lead ball handler and facilitator of sustainable offensive execution. In other words, the player known best for playing fast was showing a newfound facility for playing slow. Pete and I break down the ins and outs of this, ultimately lamenting why this injury is such a blow to Lonzo and the Lakers at large.

This transitions us to whether the Lakers are in trouble. While Rajon Rondo is slated to return soon and LeBron’s groin injury is on the mend well enough to begin participating in portions of practice, the Lakers are an injury ravaged team that is currently a game outside of the playoff picture as February approaches. With that, we discuss whether we believe the Lakers are at risk of remaining outside the West’s top 8, whether they are at risk of digging a hole too deep to climb out of, and what the ramifications of a late season push might be on a team with not only playoff aspirations but making, at the least, a push beyond the first round.

We also discuss Brandon Ingram and Rajon Rondo and their importance in this stretch before LeBron returns. Can Rondo help elevate Ingram in ways that up is efficiency? Can Ingram find better consistency as a boxscore stuffer when playing solo without Rondo on the court? Can Rondo hold up defensively as he replaces one of, if not the best, perimeter defender on the team?

These are all questions we touch on before we close out the pod. Give the entire episode a listen below. Hope you enjoy it.

If you enjoy the Laker Film Room podcast, please subscribe, and rate and review in iTunes. Additionally, if you want to support the work we do here at Forum Blue & Gold, please consider donating via Paypal, Venmo, or supporting us monthly via Patreon.