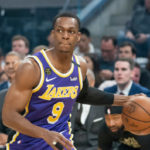 You have undoubtedly heard by now: Rajon Rondo broke his right thumb on Sunday. He’ll leave the NBA’s “bubble” in Orlando to have surgery and will be out 6-8 weeks. This, in the most basic of terms, is a problem for the Lakers. Rondo is the team’s backup point guard and with Avery Bradley already […] 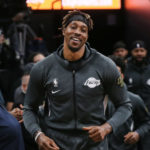 When they travel to Orlando this week, the Lakers will already be down a starter and an assistant coach who will not be joining them for the NBA’s scheduled restart later this month. The prospect, then, of also not having Dwight Howard join them was looking like an issue that could really sway their pursuit […] 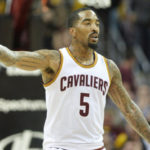 No, you didn’t just take a bunch of mushrooms and visit my site. Yes, you did read the title to this blog post correctly. That’s right, the Lakers may be tryin’ to get that pipe. With Avery Bradley deciding he will not join the Lakers in Orlando for the NBA’s scheduled restart in July, they […] 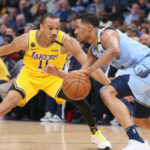 While the NBA’s official return is still over a month away, players have until Wednesday to inform their teams/the NBA of whether they plan to participate in the restart in Orlando. News of player opt-outs have already begun, with the Wizards Davis Bertans (health concerns) and the Blazers Trevor Ariza (family situation) deciding they would […] 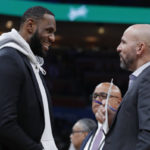 While the NBA plots its return to play on the court, some of the off-court news that would normally sweep through the league this time of the year is already occurring. The Pistons, for example, just named former OKC Thunder executive Troy Weaver as their new General Manager. And, in more news, the Knicks are […] 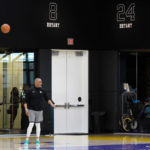 As the NBA continues to sort through scenarios that could (hopefully) have them resume the season in the wake of the COVID-19 pandemic sweeping the US (and the rest of the world), individual states are beginning to re-open parts of the economy via the lifting of restrictions and easing of stay-at-home orders. California is one […] 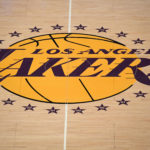 While I have often joked that the Lakers are a “family business” that is run like a mom and pop shop, it’s really just a running gag I use to describe an organization that is still controlled by the Buss family and not venture capitalist/big tech money that so many of the new NBA ownership […]

When it comes to their ability to spend lavishly on players, coaches, or front office talent, I have often said that the Lakers “print money”. They are one of the most valuable franchises not only in the NBA, but in all of american professional sports. They play in a major media market, their historical greatness […] 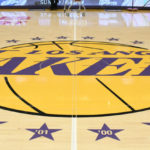 In the wake of the report that four Nets players had tested positive for COVID-19, the Lakers announced they would be moving into the next phase of their exposure protocol. The Nets last opponent before the NBA suspended games was the Lakers, last Tuesday, March 8th. This triggered the Lakers opening up testing for the […] 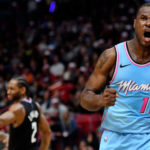 In a move I was not sure would come, but one that I argued for, the Lakers will reportedly fill their 15th roster spot with former Miami Heat Guard Dion Waiters: Charania further reports that the Lakers front office has made clear to Waiters and his agent Rich Paul that Waiters needs to be on […]