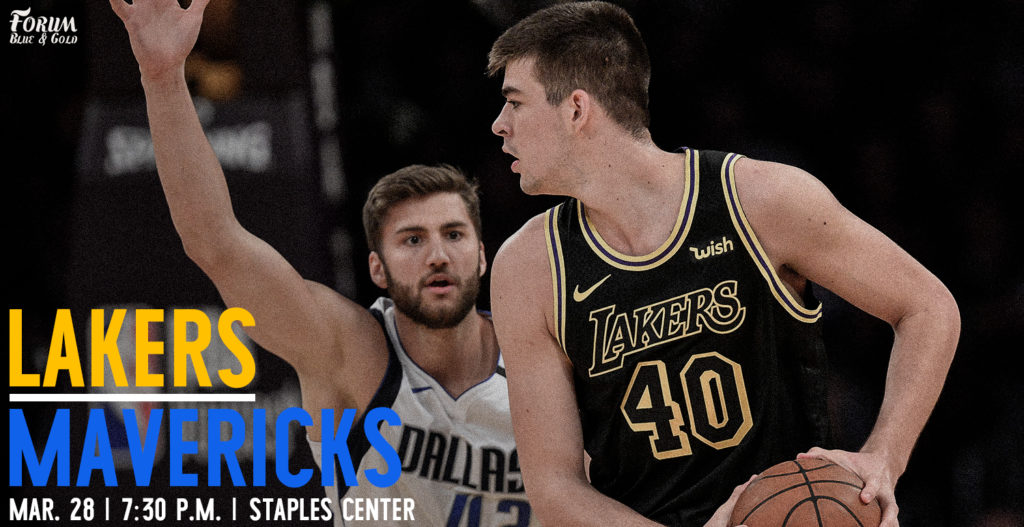 The Dallas Mavericks are tanking. They’re bad, and they’re tanking. That is nothing to be ashamed about, either.

After being one of the most competitive franchises over the last 20 years — including winning a championship in 2011 — the team has bottomed out. Dirk got old, they (mostly) struck out in free agency (whattup, Harrison Barnes and Wesley Matthews), and they determined that after winning it all earlier this decade they’d try to retool in ways that other championship teams didn’t.

They let key players walk in the pursuit of different guys who could not just sustain, but improve on the franchise’s long term trajectory. That didn’t work. Now they’re here. 23 wins, 51 losses. They’ll likely have something like the 6th, 7th, or 8th pick in the draft and try to find a dude who can team with current rookie Dennis Smith Jr. to elevate the franchise.

This is how the NBA works. The Lakers are just coming out of that cycle now with Julius Randle and Brandon Ingram and Lonzo Ball and Kyle Kuzma and Josh Hart as core young players nabbed in the last 4 drafts.

Anyway, these teams play tonight and, honestly, I couldn’t tell you what to expect. The Mavs are banged up, but just won in Sacramento. The Lakers are banged up too, losing Isaiah Thomas to hip surgery while still missing Josh Hart. Brandon Ingram, however, will return, which is a great thing for the team.

One would think, then, that the Lakers are primed to win. And maybe they will. They’re the better team and are playing at home vs. a Mavs team that is hurt and better off losing games. Just these things alone point the game in the Lakers favor.

However, even though the Lakers have won 2 of the 3 matchups between these teams this year, the Mavs always seem to play the Lakers tough. Rick Carlisle does a great job of scheming the Lakers, putting them in positions where they’re off-balance or scrambling on both ends of the floor. There’s not one time this year where I thought Dallas was the better team, but one of the games the Lakers won went to OT and in the game the Mavs won they scored 130 points.

If I were a betting man, I’d say the superior talent of the Lakers wins out. I’d say that Julius Randle is going to bully Harrison Barnes, that Lonzo will have a more an impact on both sides of the ball than Smith Jr. does, that KCP hits some shots, Lopez is able to score well, and that Kuzma continues his recent run of strong play. And even if Ingram doesn’t play well in his first game back in a month, just having him for depth purposes is a big enough deal to help this team a great deal.

Of course, after I type all that, watch the Mavs win. Just to piss off their own fans.