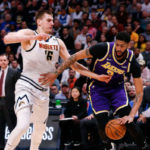 It may not be what we expected, but it’s what we’ve got. The Lakers were supposed to face the Clippers in the Western Conference Finals starting on Friday. But instead of the other LA team making history by finally advancing out of the 2nd round, they made a different type of history by blowing a […] 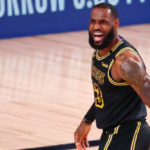 It was just over 18 months ago now that LeBron James received skeptical looks and, in some circles, outright jeers. He was coming off a badly pulled groin on Christmas day that kept him out 17 games and looking to course-correct the Lakers back into the playoff hunt in his first season with the team. […] 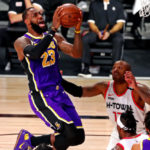 If you want more of an instant reaction with deeper analysis to the Lakers game 1 loss to the Rockets, please give a listen to our LFR Pod recap that went up earlier today. Pete and I went long on what the Rockets were doing to get the Lakers out of sorts, our issues with […] 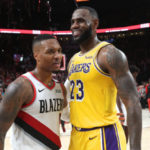 It’s been a long time coming, Lakers fans. For the first time since Kobe Bryant ruptured his achilles to carry his team there, the Lakers are back in the playoffs. It’s been an arduous path back. I won’t go through all the ups and downs now, but there’s been many fits and starts, many ups […] 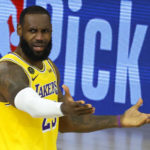 In the six games they have played since the NBA’s restart the Lakers have been one of the NBA’s worst teams. With a 2-4 record, only the Grizzlies, Kings, and Wizards have won fewer games. Though they boast the league’s 3rd best defensive rating during this stretch, they’re last offensively and their -7.1 net rating […] 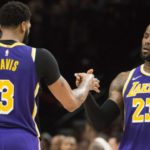 While the scrimmages were fun (hello, Dion Waiters!), those games did not actually count. They were good cardio and a nice reintroduction of the players in the bubble to NBA basketball, but beyond that all anyone was really hoping for was to come out of them as healthy as they could be. The Lakers did […] 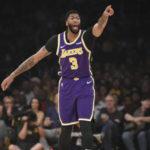 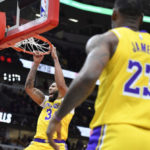 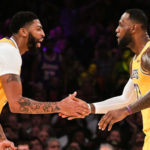 Through 60 games the Lakers are 47-13. They have the 2nd best record in the league and the top record in the western conference. They’re top 5 in both offensive and defensive efficiency. There’s very little this team doesn’t do well; very few metrics that do not paint them as one of the league’s best […] 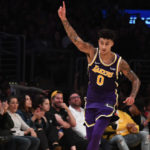 The Lakers come out of the trade deadline the same team they were heading into it. Not a single move made, though it remains unclear how hard they pushed to make something happen. What we do know, errr — what we see being reported, is that the Lakers refused to part with Kyle Kuzma in […]