As I sit here and type this, the Warriors are just about to begin their championship parade in Oakland. It’s a beautiful day and a reminder of what spoils the victors receive. Millions of people will pack the streets, wearing gear + carrying flags and signs, to celebrate what their team just accomplished.

It is the pinnacle of being a fan. It is the level the Lakers, and their fans, hope to get back to soon. For a team that has won a championship an average of every 3.8 years since the NBA merged with the ABA, a drought of 8 full seasons since winning a championship can feel like a lifetime. Especially when the last 5 of those years have been ones spent out of the playoffs entirely.

The path back to championship glory actually started long ago for these Lakers. It wasn’t quite 8 years ago, but it was closer to 5 ago — when the team handed Kobe Bryant, coming off a career altering injury, a massive contract extension and then promptly started missing the playoffs. The lottery picks started to flow in and the plans to stack draft talent, chase free agents, and, ultimately, hire coaches who the team thought could guide them back to relevancy truly began in earnest.

Those plans, are now coming to a head. Luke Walton will be entering year 3 as the head coach when September training camp opens. Draft success has led to a nice accumulation of young talent. In some ways, the team had enough of that talent for one of those aforementioned lottery picks to be used as the grease to facilitate a trade of a previous regime’s misguided free agent mistake. One of those still remains on the books, by the way, but that’s a subject for another day.

Back on point, the Lakers are getting close.

But the closer you get, the harder it is to remain patient.

After all, nothing moves slower than a clock with eyes fixated on it.

Today is June 12th. Free agency officially begins in about 18 days. Though, we know, it’s really already started. Players are deep in thought about their next move, back-channel conversations are being had, front offices are putting the finishing touches on plans to shift their rosters around in ways to open up cap space and positional placeholders that will serve as the red carpet their face to face pitches can invite new additions into.

All the while, though, fans must wait. And with that waiting comes a bunch of noise that, no matter how hard you try to insulate yourself, penetrates the bubble. The dad of a prized young player goes on TV. Several of the young guys turn to social media to ramp up roast sessions that require a higher level of intricacy to top the last effort. The off-season is when the noise off the court becomes the only thing we hear because the squeaking of the sneakers and the post-game and practice quotes evaporate into the ether of a season passed.

There are no more games on the hardwood, so the games everyone needs to amplify are the ones played off the court. Welcome to the offseason.

That noise, though, only makes the waiting more of a chore; it only makes it harder. The 24 hour news cycle that must be fed with clips and media appearances and takes becomes the only game in town and since we all have takes too it’s easy to join the fun. 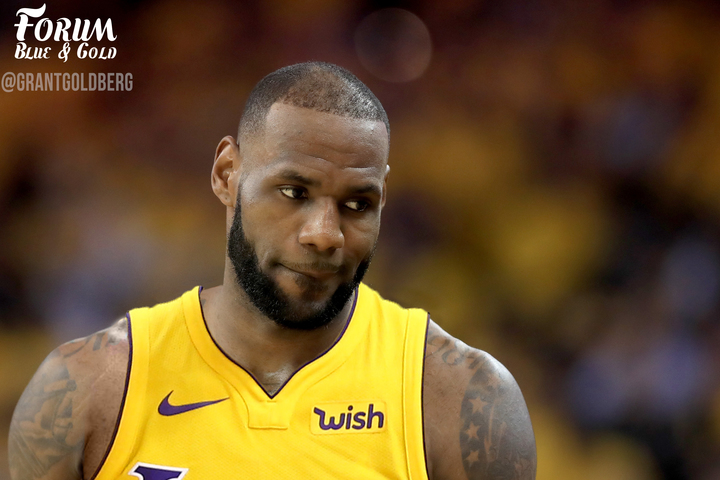 Meanwhile, the clock has barely moved.

I’m not telling you what should or should not matter to you. We all invest our time in ways we think will bring us the most fulfillment — even if I might argue we sometimes don’t do a great job of discerning what is actually in our best interests.

But, what I will say: waiting is hard enough, do not make it harder on yourself.

Come July 1st (and, if we’re lucky, a few days before), we’ll all have a better feel for which way the wind will blow. Until then, enjoy yourself as best you can, but really try to enjoy yourself. Because all of our takes and all the noise has a way of sucking us into this vortex that, in the end, doesn’t make a difference in the outcome, but certainly can affect our own well being.