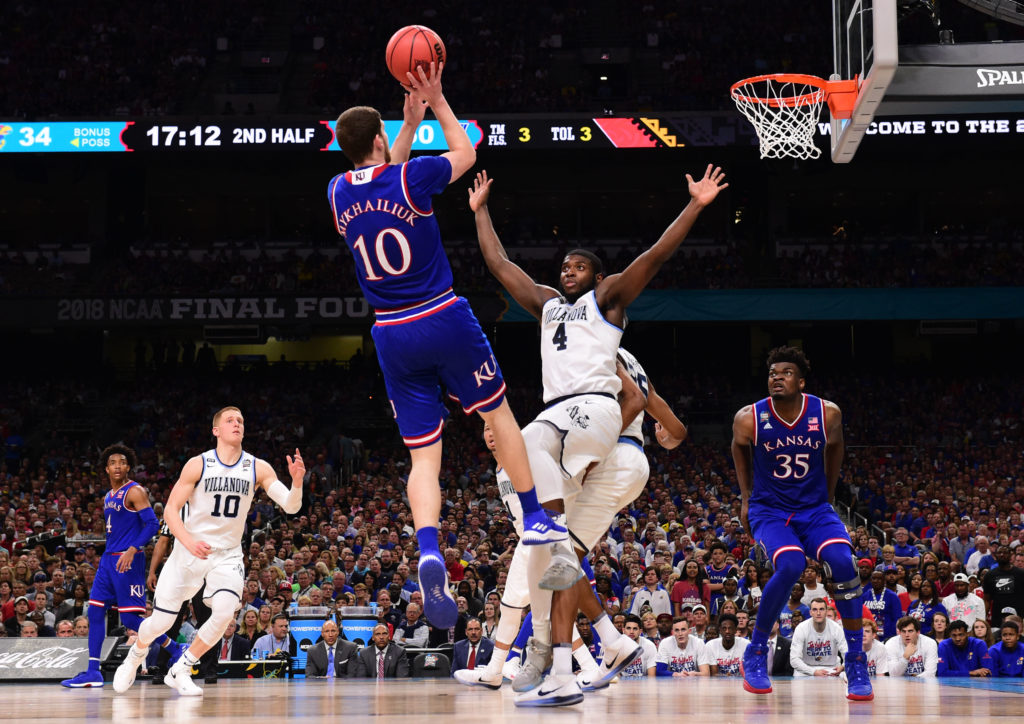 With the 47th pick in the NBA draft, the Lakers selected University of Kansas Guard Sviatoslav Mykhailiuk. Svi, as he’s often referred to and as I will now and forever call him, was a 4 year player at KU and helped lead them to the Final Four this past March/April as a sharpshooting wing who averaged 14.6 points, 3.9 rebounds, and 2.7 assists in his 39 games as a senior.

Svi is an interesting player in several ways, but I think the first is that even though he just graduated from KU, he’s just coming off his 21st birthday in June. Svi is from the Ukraine and started his career at Kansas as a 16 year old! So, while you might think he’s old, he’s actually not. He’s younger than Kyle Kuzma and only a 4 months older than Lonzo Ball. In other words, he can still develop further at the NBA level and should, by no means, be looked at as a finished product.

Second, Svi has some weird measurables. He’s listed at 6’8″ and 212 pounds, but his wingspan is only around 6’5″. So, in draft parlance, he has negative length. This has it’s drawbacks for sure, mostly defensively where length offers more ability to contest shots up high, challenge shots in the paint, high point rebounds, and keep a wide radius when defending in space in isolation. It’s one thing to survive with these measurables at the NCAA level, but it will be quite another to do so at the pro level vs. NBA athletes.

So, why was Svi drafted by the Lakers? Well, he can shoot. I mean, he can really shoot. For his career at Kansas he hit 40.9% of his three pointers on 579 attempts. His senior year those numbers were 44.4% on 259 attempts — or 6.6 attempts a game. He was an elite spot up shooter and someone who, if his shot translates (and I think it will), can offer real gravity as a weakside floor spacer. As our guy Pete also tells us, Svi also reportedly really did well when he worked out for the Lakers in the pre-draft process too.

He also sounds like the type of guy who knows he can still improve — and will have to in order to stick at the NBA level.

With the drafting of Svi and their 1st round selection of Michigan’s Mo Wagner, the Lakers have clearly prioritized shooting. And while it might have come at the expense of athleticism and natural defensive skill, the hope is surely that both these players can become useful team defenders who can at least play their role within the scheme.

And, if they can do that while hitting shots? The Lakers may have found another couple of contributors late in the draft. We’re a ways off from making a determination either way on that, though.