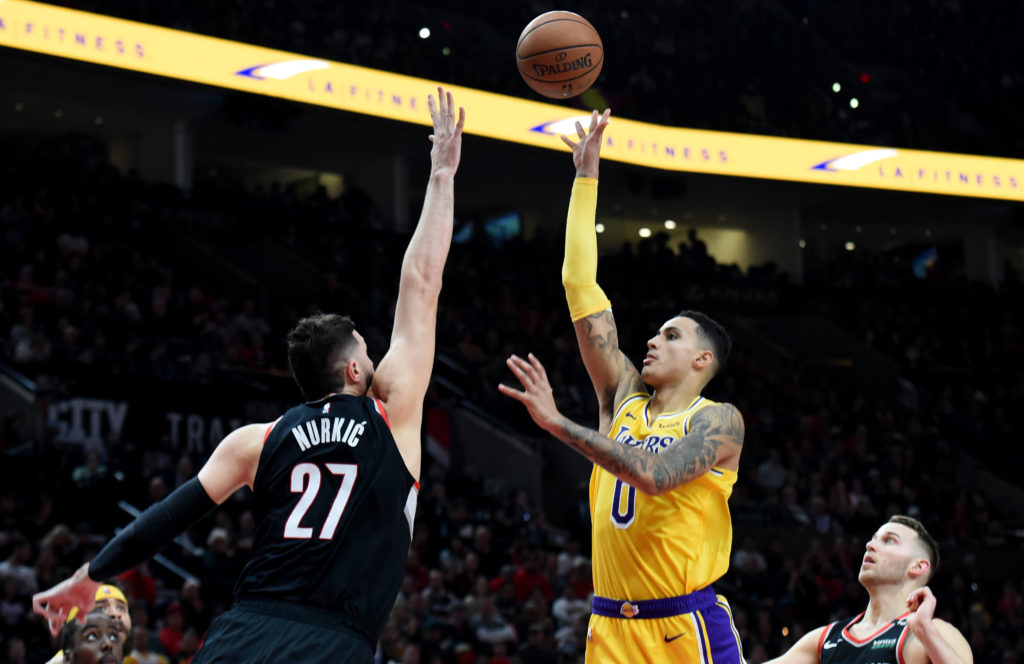 Is it weird to play the same team 3 times in the first 14 games of the season? However you answer that question, it’s exactly what the Lakers are doing tonight when they face the Blazers. These teams split the first two games, both in Portland, with LA winning the most recent matchup just 11 days ago. That game saw the starters struggle, but the bench unit dominate and lead the team to a 114-110 victory.

Of course, that Lakers team isn’t the same as this one. One night after that win in the PDX, the Lakers came home and folded up shop against a Raptors group that systematically demolished them. Since that loss, however, the Lakers have added Tyson Chandler and won 3 straight games. The level of competition in those contests has not been great, but wins are wins. And this team has needed them.

The Lakers are now 7-6 and pushing forward. A win tonight would solidify them in ways that likely go beyond a single victory on a random Wednesday night. The Lakers travel east for road games in Florida and then to Cleveland for LeBron’s return home. Tonight’s game could continue the momentum and springboard them forward with the types of good vibes that could serve as the backbone of a strong road trip. The road is often a place where teams can come together — especially groups with a bunch of new parts like these Lakers. Unfiltered time together, without the comfort and routines of home can establish and strengthen bonds.

But that’s tomorrow and this is today. The Blazers are an excellent team and the Lakers have handed them one of only 3 losses they’ve suffered through 13 games. To further drive home how good they’ve been, Portland is tied for the league’s 3rd best record, are in the top 5 in both offensive and defensive efficiency, and are 4th in net rating (outscoring teams by 8.9 points per 100 possessions).

Coming off that disappointing playoff sweep at the hands of the Pelicans this past May, many pundits and analysts identified Portland as a team in decline and on the fringes of the playoffs. Questions about whether it was time to break up the Lillard and McCollum backcourt went from whispers to wails. Early returns say those concerns were dumb.

So the Lakers have their hands full. I could fill the rest of this preview with cliche’s about playing hard and taking care of the ball and trying to slow Dame and CJ, but that would be silly. Those things are important, but so much of this game will likely come down to little things that will need to be executed at a high level.

Can the Lakers rotate on the back side to big man shooters (like Zach Collins) when they space the floor? Can Tyson Chandler and JaVale McGee contain with the right angles and play tight enough at the point of attack in P&R’s to dissuade drives while also allowing their guards to recover in time to contest three point shots by the ball handler? Can Lonzo make shots early? Can LeBron be more attentive on the defensive glass when defending Aminu? Will Ingram turn down some the mid-range jumpers he’s taking and instead look to drive for paint shots or drive + kick to shooters more?

Winnable games often turn on the micro-decision making of individual players in specific moments of a game. If the Lakers make enough of the right reads while performing to certain statistical norms, they should be in this one until the end.