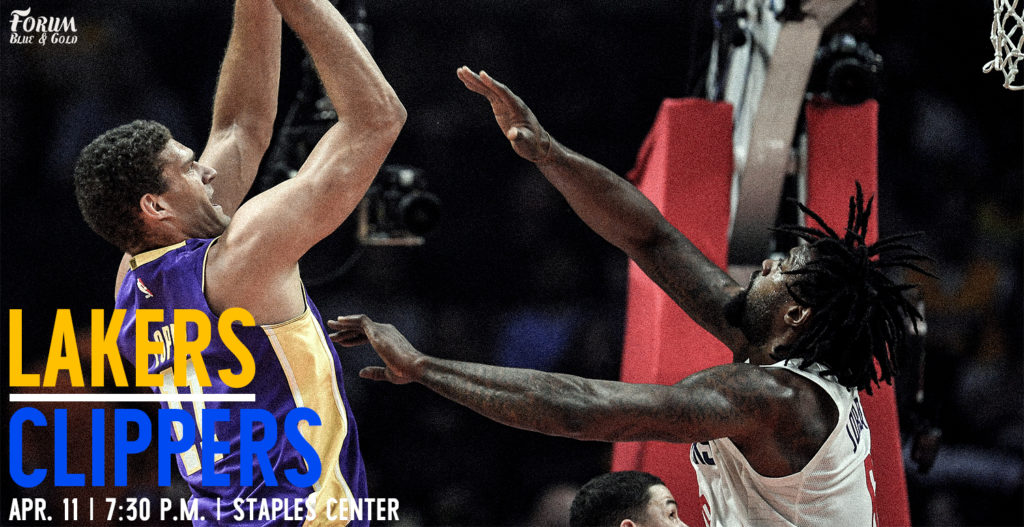 It is the final game of the year and the Lakers play the Clippers. Much like last night’s game against the Rockets, this game doesn’t really mean anything. Well, kinda not. But we’ll get there shortly.

Anyway, it’s finally game 82 and after this, there is no more of the Lakers. Not until the draft. Then free agency. Then summer league. Then…you get the point. This version goes away. And that’s that. So, tonight means something in that respect, but not in many others.

They will not, again, have their full roster. None of the Lonzo Ball, Brandon Ingram, or Kyle Kuzma trio is likely to play. Only Ingram would be possible, but he’s right at the end of hurdle clearing to get out of the concussion protocol. Suiting him up for game 82 makes little sense. We know what Ingram is for now and what he can be will not be influenced by what he would do in this game.

So, the banged up Lakers will play a Clippers team with nothing to play for and this is how it ends. And that’s that. So…let’s talk about why this game does matter. Or, at least, why I’ll watch.

You’ve heard his story, so I won’t go into every detail here now. But, the Cliff’s Notes version is that he’s 32 years old and toiled away in the D/G-League for a decade. Before getting called up to the Lakers for these final 2 games, he’d never played in an NBA game. Not once.

He has a degree in Physics from American University, has tutored math, and taught school. He is, in a way, like a player from the 60’s or 70’s where there was little money in the league and had to do odd-jobs in the off-season to still make a living. Only, he’s doing it in the minor leagues.

He’s chased a dream, been supported by his family while he’s chased it, and now is out there actually living it out. The fact that he then went out and scored 19 points while hitting 6 of his 8 shots, including 4 of his 5 three-pointers is both uber-inspiring and sort of unbelievable at the same time.

It’s not TV stuff, it’s Hallmark Channel stuff. You know, almost too sappy and too cheerily far flung to be real. Only, you know, it happened. Right there on TNT for everyone to enjoy and cheer and celebrate.

I couldn’t get enough. I honestly couldn’t. I mean, watch this interview with his wife on Spectrum Sportsnet during the game:

.@LakersReporter chats with Andre Ingram’s wife Marilee about his call-up to the #Lakers. pic.twitter.com/Qfds1yQuxM

Sorry, my allergies are kicking in. Gimme a second.

Look at his teammates after he hit a late game 3 to bring the team to within 3 points and a chance to extend the game.

Look at that. Pure joy. They are all of us. Now look at this tweet from NBA Salary Cap guru Larry Coon:

I want this guy to succeed. I want him to play well. I want him to keep bombing 3’s. And I want him in someone’s training camp next year. If not the Lakers’, then someone else’s. Stories like his are one of the main reasons sports are great. For me, at least.

And then I’ll get ready for what I hope will be the last playoffs for a long time that won’t have the Lakers in them.