Actually, let me rephrase and clarify.

I have Lakers draft lottery freedom. For the first time in 5 seasons today has no real meaning for Lakers fans. And that is refreshing, a bit strange and, if I’m being honest, just the tiniest bit upsetting.

I’ll start with that last part. The Lakers should be in a position to care about today. As a non-playoff team, they should be on the receiving end of a lottery pick today. However, as the last offering of the trade for Steve Nash, the Lakers 2018 draft pick goes to another team. First it was Phoenix, then it Philadelphia or potentially Boston (depending on where the pick lands*).

So, yeah, it would kinda be nice to have the #10 pick in this year’s draft. That draft capital is an asset for team building, either by drafting a guy you like or trading the pick for something of consequence (like, say, cap space). The Lakers don’t have that chance now and, again, that is a bit upsetting.

And one of the reasons I’ll live is because it’s nice to not to have to care! For the past 4 years, this has been a day of utter angst and nervousness. The Lakers were dealing with protections on their picks, too, so it only made it worse. Would they keep their pick? Would they move down? Could they move up and revel in some lottery luck?

For months — well before the end of the regular season ended — fans worried about this. By the time the day actually came, it was easy to be a total wreck. From the Julius Randle draft all the way to the Lonzo one, I was stressed on lottery day. Not today! 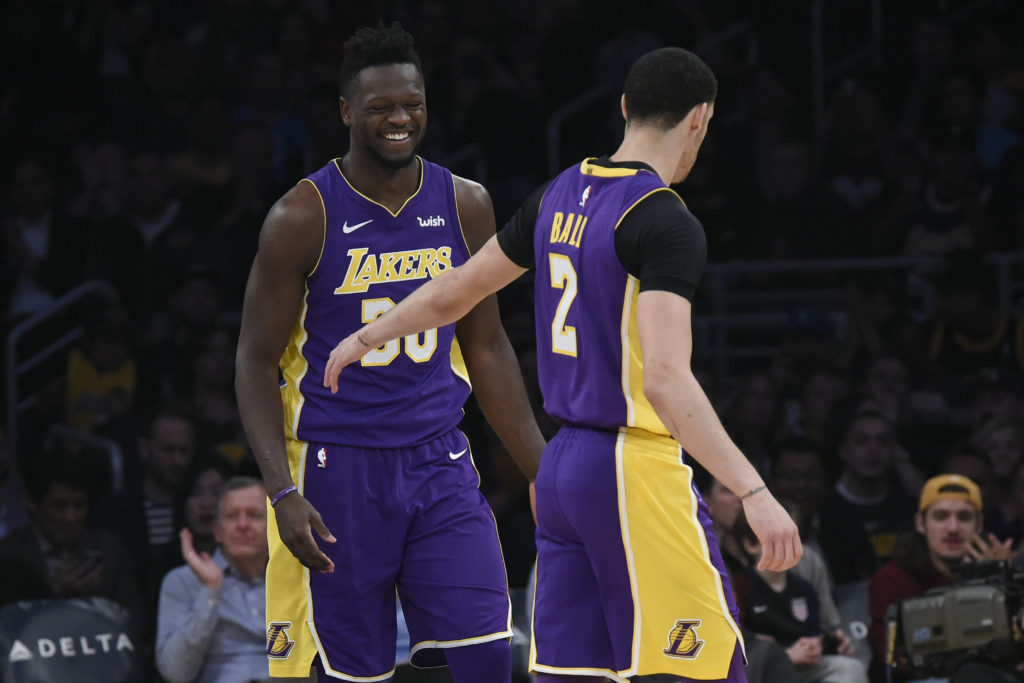 Further, and working in tandem with not having pick at all, the Lakers acquiring as much talent as they have through the draft in the last several years softens the blow of not having this pick. Randle, Ingram, Ball, Kuzma, Hart…these players are at the very least rotation guys and have the chance to be real difference makers on a good team.

Yes, the Lakers could use another top 10 pick to add to this group, but not having one isn’t the end of the world. If anything, the Lakers can look at last season’s haul, squint, call Kuzma a lottery level talent, and just convince themselves they got two lottery picks last year so not having one now isn’t so bad. Add Hart on top of that and you could even argue the Lakers are ahead! (Yes, I am purposefully ignoring D’Angelo Russell here. Just go with me on this one.)

I understand the limitations of this line of thinking. I do. The fact this pick will either go to Philly or Boston adds some sting back to it. These teams are traditional rivals of the Lakers and double as franchises on the come who will be playoff teams, if not outright contenders, for the foreseeable future. The C’s are in the conference finals right now and Philly won 50 games this year. Those teams getting another top 10 pick seems totally unfair.

But, that bed is made. And focusing too much on that isn’t worth my time. I’d rather sit back and skip the lottery entirely tonight, enjoying the freedom of worries exiled — and hopefully, for a long time too.