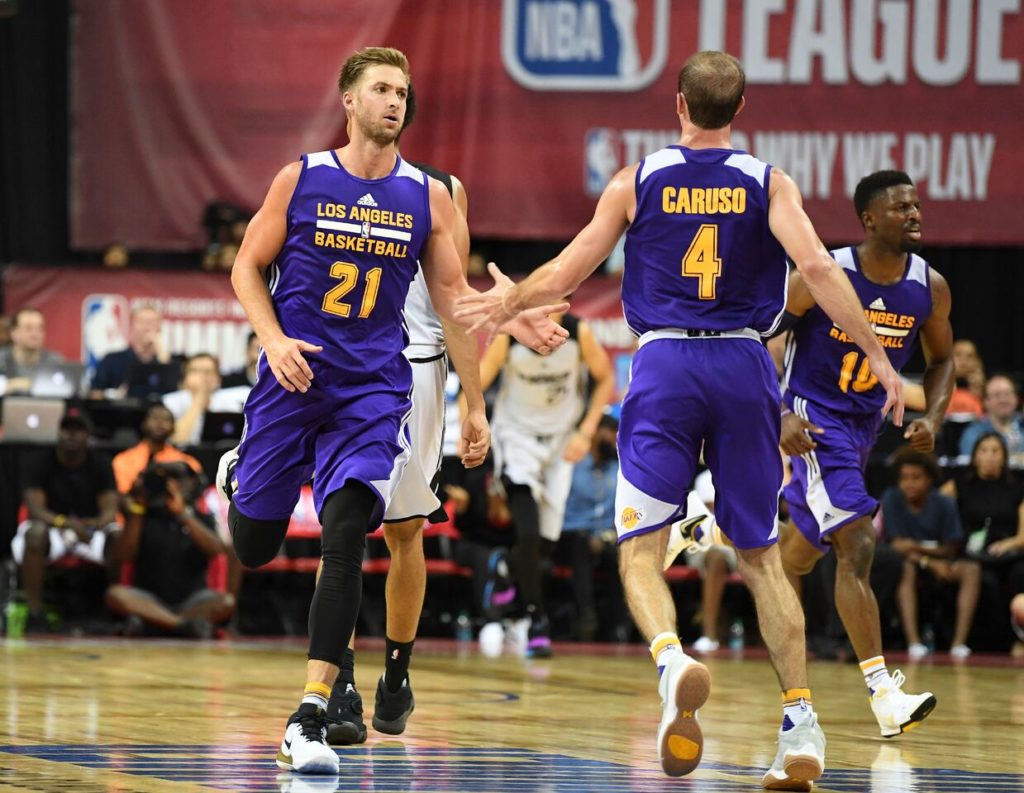 The Lakers have added another player in free agency and, like some of the prior ones, it should be a name you recognize. Though for slightly different reasons:

That’s right, after inking a couple of 10-day contracts last season, our good buddy Travis Wear is back, this time on a 2-way contract. As noted by Woj, Wear actually got some burn for the main Lakers squad last year, averaging 4.4 points a game in his 13 minutes a night over the course of his 17 game appearances.

Wear also had the interesting statistical distinction of shooting better from behind the arc than from 2-point range, by nailing 36.7% of his triples compared to only 32% of all other attempts from the field.

The above probably comes off as harsh judgment against Wear, but I thought he did well in his limited appearances for the Lakers last year.

I know the sample was very small (only 228 minutes of court time), but the Lakers had a positive net rating when Wear played and I thought he did well in general as a shot maker and served his purpose as a floor spacer.

I thought he also showed marked improvement as a defensive player from where he’s been in the past, showing a good understanding of team concepts, making it a point of being where he was supposed to be when he was supposed to be there as a help defender, and, in general, just being a smart engaged defender. He would still get roasted by good wings in isolation and his athletic limitations will perpetually hinder him there at the NBA level, but most fringe NBA players have flaws of some sort just like this. It’s why they’re fringe NBA players.

But, what Wear can do well is shoot the ball and that’s why the Lakers continue to invest in him, albeit lower level investments like G-League and now 2-way contracts. As a stretch PF, he can certainly spot up in the strong or weakside corner, take a pass into his shooting pocket, and knock down an open jumper when the defense helps off him.

He can do this, repeatedly, to the point that leaving him becomes a choice that can inspire a split second of hesitation. This, alone, is worth having around even if the other parts of his game don’t allow him to see regular minutes at the NBA level.

So, yeah, I’m happy to have Wear in the fold even if it’s unlikely he’ll see meaningful minutes this year. But, as a stopgap guy or injury replacement or practice body who can be up with the big team for 40-some-odd days over the span of the season, I’m fine with Wear being back in the mix.