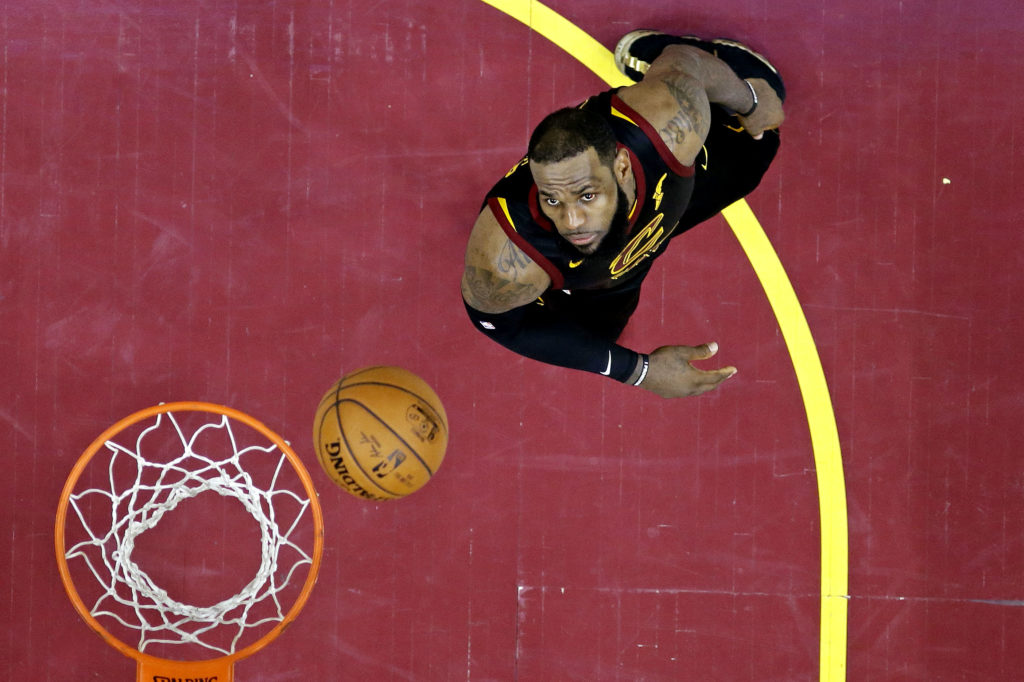 We often, and rightfully, look at superstar players as the center of whatever solar system they inhabit. When that superstar is LeBron James, you can remove the “often” and just lay it out as this is how it goes.

When LeBron was on the Cavs, he was the Cavs. It was to the point that whatever move the team made it was GM LeBron who made the call or if there was in-game strategy being deployed it was Coach LeBron who executed it. In Miami, this was less so due to a strong organizational structure led by Pat Riley, Eric Spoelstra, and teammates in Dwyane Wade and Chris Bosh who were superstars in their own rights. But, even there, the team did not take off and reach their peak until the LeBron-centric pecking order took hold on the court.

So, when LeBron joins a team, the figurative heaven and earth of that new team move for him.

Roster makeup should be determined by what best fits around LeBron. Offensive and defensive schemes should play to LeBron’s strengths and (relative) weaknesses. Lineup combinations and playing time allotments — those too should be influenced by and likely a product of consultations with LeBron (especially when it comes to lineups around him and how much he, himself, plays).

This is how things work and how they’ll work on the Lakers, right?

We know from reports, that LeBron was almost surely put in the loop, if not actively consulted with, on who the team signed in free agency. One could argue that after deconstructing the madness of the Lakers summer haul, these signings might actually fit a bit better than punditry would lead you to believe. But, even if that ends up not being true, it’s fairly clear that he was at the very least told in advance and, at the most, gave the thumbs-up to get these specific guys.

The thing is, though, is that the players added aren’t in the classic mold of LeBron teammates of recent history. Forget what they aren’t known as, let’s look at what they are. They’re all (save JaVale McGee), in one way or another, players who have done their best work as offensive creators — either for themselves or others. I don’t need to get into the specifics of each of their respective games here, but Rondo is the pure point, Beasley is the pure scorer, and Stephenson lives somewhere in the middle of them.

These players, when playing their respective styles will mostly serve the team in ways that LeBron typically does. And the result of that will be LeBron doing those things…less. This, said simply, will be a huge change for LeBron. It’s one thing to play next to a Wade or Kyrie Irving and adjust to having one other primary teammate who provides a counterbalance to LeBron’s play as an offensive fulcrum.

But it’s quite another to play with as many of these guys who the Lakers will possess this upcoming season. Besides Rondo, Lance, and Beas, the Lakers will also have Ingram, Lonzo*, and Kuzma (who took on more duties as an initiator and isolation scorer at the end of last season and will only look to grow his game in these areas for next season and beyond). If these guys play their normal game and to their strengths, it will be LeBron who is changing his game, not the other way around.

Even beyond teammates, however, there are the basics of style of play the Lakers seek and LeBron’s role/position within that construct. Consider the following bullet points (and these are things that have been written before, but are worth repeating):

If taking each of those bullets on their own, it does not seem like so big a deal. But, in the aggregate, you can see that the Lakers are likely going to be asking LeBron to make a whole lot of change next season. He’ll be asked to play faster, control the ball less, play more PF than at any other point in his career, and even play some C. And none of this even accounts for him likely being asked to player fewer minutes than ever before as he heads into year’s 16 through 19 while under contract with the Lakers.

The beauty of being as good as LeBron is that he can do all of these things and still be the best player in the world. He’s that good. There are arguments to be made, too, that some of these things, if not all of them, can bring out aspects of LeBron’s game that, in whole, can make him an even more effective player.

I mean, a lighter workload in fewer minutes and, potentially, being on the receiving end of playmaking skills as a finisher rather than having to create so much of his individual offense himself? That sounds like a version of LeBron who could do real damage and, potentially, at a level which is at least at, if not exceeding, levels from previous seasons. Will that actually happen? I don’t know, but the argument is there to be made.

That said, change is hard. LeBron is entering his 16th year and you know what they say about old habits. Can’t you envision a scenario where — insert whatever Lakers player you want here — is being a primary ball handler but doesn’t do it the way LeBron would have done it and it triggers LeBron to want to seize back more control? If you can’t envision that, you should. Because it’s very likely to happen at some point.

Which only adds to what will make this a season worth watching. As if we needed another reason anyway.

*People may scoff at Lonzo’s inclusion here since Ball is best utilized now (and maybe for the scope of his career) as an off-ball worker — especially in the half court — and this style should complement LeBron well. While this is true, Lonzo is also someone who is often a grab and go player off the glass and someone who looks for outlet passes to either push the ball himself or be a trigger man to teammates who streak up court. LeBron, especially last year in Cleveland, was the guy who often hung back for outlet passes if he wasn’t simply taking the ball off the glass himself. I’m of the mind that the Lakers will (and should) continue to look for Lonzo as a trigger man in early offense situations and slide LeBron into a role where he’s either running in early offense or acting as a trailer to attack a defense that’s already into scramble mode. This would be a big change for him, however.