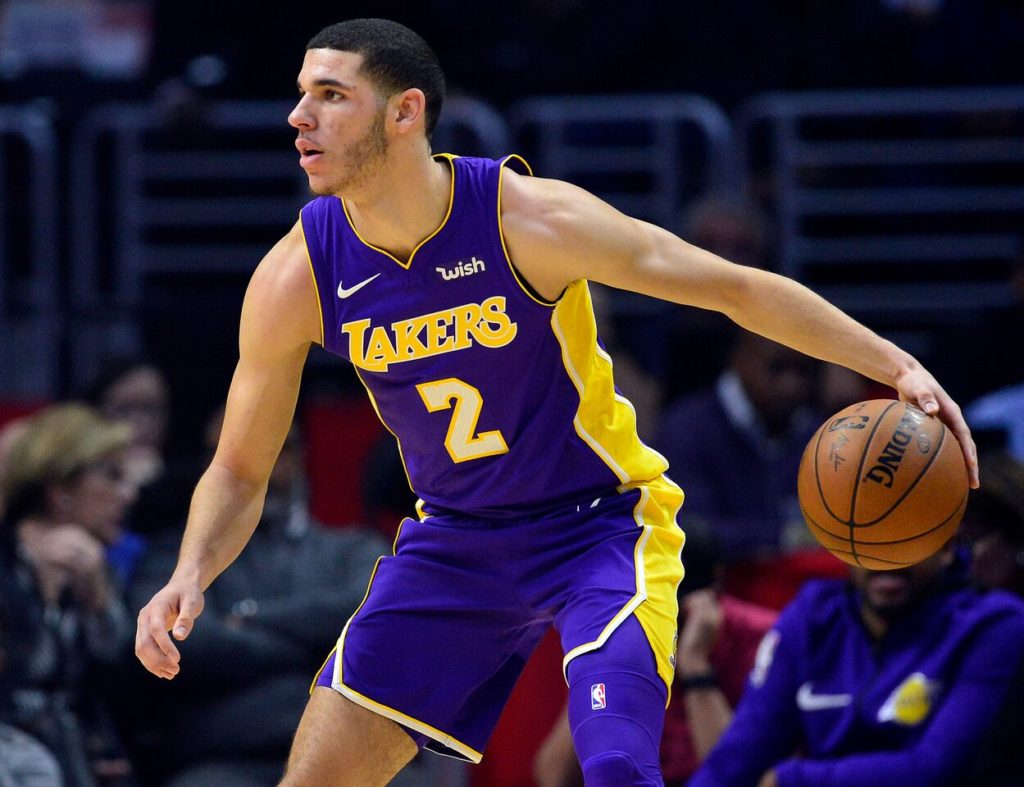 He is not yet 21 and his sophomore season in the NBA is still months away. The fanfare of being a No. 2 overall pick along with inherent expectations have faded to some extent. And while Lonzo Ball is not exactly the forgotten man, the arrival of a mythical storm god promises to send him on a journey into the unknown.

Ball played just 52 games during his rookie campaign, ultimately sidelined by a balky knee that led to arthroscopic surgery. He is the son of a famously domineering father and is now the father of his own child—daughter Zoey Christina was born to Zo and girlfriend Denise Garcia on July 22. That’s plenty to absorb for anyone’s personal story but the Los Angeles Lakers’ triumphant acquisition of LeBron James gobbled up media space on a quantitatively larger scale. If you want to pile more on the plate, consider the signing of veteran point guard Rajon Rondo—an NBA champion, four-time All-Star and three-time assists leader who could challenge Ball for playing time and a starting position.

Life’s pressures will only build further for Ball, both on and off the court. James may have shown some prescience all the way back in December when he took the rookie aside after a game.

“Find your zone and just stay f—ing locked in,” said the King to the Kid, per NBC Sports’ Dan Feldman. “The media is going to ask you what I told you right now. Tell them nothing. Just be aggressive every single day. It’s white noise to you. That’s all it is. Alright? Let’s go.”

The white noise got hotter and nosier still this summer during free agency. It’s just a preamble to what will likely become the league’s most covered storyline—just how far can LeBron carry the Lakers with his new supporting cast?

As Darius Soriano recently noted, no one will be asked to change more than James, a rarity for such a superstar. Among the teammates providing a counterbalance to James will be a guard with barely a season under his belt:

Lonzo is often a grab and go player off the glass and someone who looks for outlet passes to either push the ball himself or be a trigger man to teammates who streak up court. LeBron, especially last year in Cleveland, was the guy who often hung back for outlet passes if he wasn’t simply taking the ball off the glass himself. I’m of the mind that the Lakers will (and should) continue to look for Lonzo as a trigger man in early offense situations and slide LeBron into a role where he’s either running in early offense or acting as a trailer to attack a defense that’s already into scramble mode.

In James, Rondo and Ball, the Lakers have three of last season’s top 10 assist leaders, averaging 9.1, 8.2 and 7.2 dimes respectively. Part of Magic Johnson’s mad genius plan is to relieve James of the crushing responsibility he had for the Cavaliers as their best creator and playmaker. That desire to move the world’s best player at least partially off-ball, won’t work without teammates who truly love to facilitate.

In theory, Lakers coach Luke Walton and his staff have a pair of point guards cut eerily from the same cloth, even if generationally separated. Both possess high basketball IQs, preternatural court vision and the uncanny ability to find laser-guided passing angles—with both hands, one hand, from the pocket or behind the back.

Ball is proving to be a prodigious rebounder, both are dedicated ball hawks and they are each similarly challenged when it comes to shot-taking versus creating—Zo with his questionable jumper and Rondo because he just seems to hate tossing the biscuit into the bucket. But while the specter of an epic battle between a wily vet and a prodigal son for first position supremacy looms large, there is also Rondo’s willingness to adapt and be a mentor.

“I’m ready to help develop Lonzo as much as possible,” Rondo said, per TMZ Sports. “If I’m not starting and he’s starting, he’s going to be ready to go and ready for anybody that comes his way. And we’ll be ready to roll. My main objective is to win.”

The world outside of suburban Chino Hills was largely unaware of the carnival known as the Ball family prior to 2016. That’s when a 6’6” McDonald’s All-American entered UCLA and quickly established himself as a lottery lock. Concurrently, patriarchal ringmaster LaVar Ball exploded onto the scene with his Big Baller Brand and bellicose proclamations; from the notion that he could have killed Jordan one-on-one to steadfast assurance that all three sons would eventually wear purple and gold. Other sideshow vignettes included a trip to the Lithuanian hinterlands, the Ball in the Family reality show and the new JDA league starring Gelo and Melo plus a bunch of other junior prospects who careen up and down the court like bumper cars, launching shots at will for the greater good of future NBA careers.

Zo seemed relatively unfazed by all the Sturm und Drang during his rookie year, at times showing a deadpan sense of humor and at other moments displaying the type of stoic frustration that any 20-year-old might feel when constantly bombarded by cameras and questions. He didn’t always shine during his 52 games, whether failing to make the proper reads or going wildly astray on pull-up jumpers. But he also has an innately intuitive sense on the court and you could see his confidence continuing to grow. Like any young player, he needs continued reps, the accumulation of good work habits and the guidance of his coaches and teammates.

On a team packed with wings and tweeners, Ball’s pure ball-handling instincts hold obvious worth. His ability to crash the glass and to use his length effectively on the defensive end will also be of value when it comes to sorting out the positionless direction that the team is so obviously charting.

It is also worth noting that his much-maligned shot mechanics—beginning low, traveling up and across his torso and culminating near the left side of the head with a lopsided flipper release—may be too completely screwy to actually “fix.” But he’s not actually shy about letting the rock fly, probably due to a long-held Ball family mantra that no shot is a bad shot, regardless of the distance. If Lonzo can at least find some consistency in his hitch, it could wind up being weirdly and wickedly effective.

The dog days of summer creep lazily by. But it won’t be long before the carousel wheels back to life with flying horses old and new, and a tentpole attraction still in his prime. There will be distractions and missteps, and running like there is no tomorrow. This fall, something different this way comes.