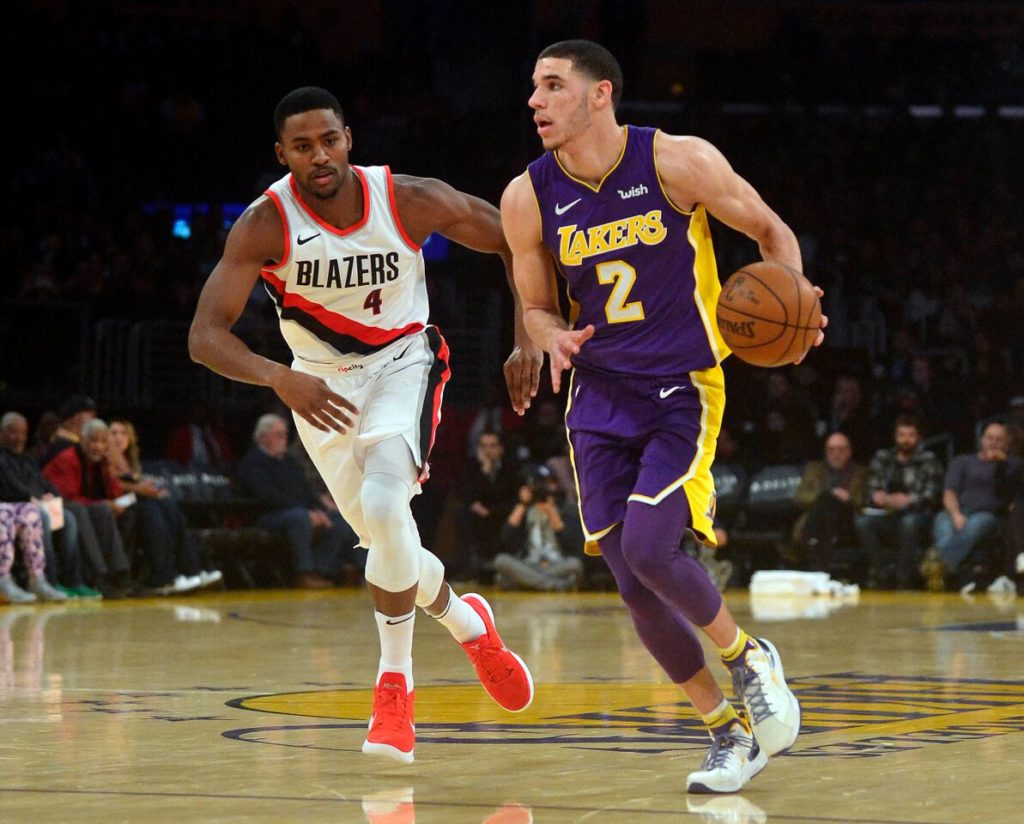 First off, my apologies for the lack of posts. I’ve written about this some on twitter, but my family has been dealing with a serious health situation that has been a truly difficult time for me personally. I’ve not been able to write much, if at all, during the past few weeks and that’s impacted the site. You’ll hear more about this another time and I’ll leave it at that.

Tonight, though, the Lakers play a game. A real, not-summer-league and not-preseason game. It is their season opener, against the Trailblazers, in Portland, on TNT. They will have LeBron James on their side and if this doesn’t have you absolutely ready to run through a wall with excitement you and I are different kind of people. This game will be fun and exciting and…you know, the Lakers aren’t even that likely to win.

I don’t say that as some sort of false inverse bravado or as a reverse jinx, either. The Blazers are a good team that won nearly 50 games last season. They have Damian Lillard who is an absolute killer. They have CJ McCollum who is a tremendous combo guard who can destroy defenses with a scoring outburst on any given night. Dame and CJ both possess the type of all-court games that flummox team and individual defenders alike and they are led by a smart coach in Terry Stotts who is innovative and does a good job of creating offensive schemes.

The Lakers, meanwhile, are an experiment we get to watch play out in real time. LeBron is a known monster who remains the league’s best player. He is flanked, however, by young players who, even if ascending, are a collective work in progress and veterans who are almost universally believed to be progress halted and known quantities with real flaws. This team will be asked to come together, play fast, share the ball, and defend as a cohesive group after only being together for a few weeks of practices and preseason games.

In other words, go back and read what I wrote about the Lakers being unlikely to win this game. And I haven’t even mentioned that the Blazers have the longest home opener winning streak in the league (17 years and counting) or that the Lakers never seem to win in Portland. The Blazers are favored to win. And rightfully so. In terms of what we know, they’re the better team.

The great thing about opening night, however, is what we know can be at least temporarily suspended because everything is new. What we know can be transformed into something else entirely by a new set of facts and impacted by what transpires in what we watch in the coming weeks and months. As the old saying goes, these games are not played on paper — they’re on a 94×50 piece of hardwood and both teams get a chance to prove or disprove what people like me (and people much smarter than me) are saying about them.

It is why we watch. It’s also one of the main reasons I love this game.

Back to the point at hand, though. Tonight is first of 82 of these things. And, if things go well, hopefully there’ll be even more than that. But in order to get there we have to actually see what this team is capable of; we have to see where they’re strong, where they’re weak, and whether the former can cover up the latter enough to earn the needed W’s for them to get where they want to.

We think we know. But we don’t, really. At least not yet. So, while we learn, enjoy it you guys. The Lakers have LeBron now. And they have Ingram and Lonzo and Kuzma and Hart and Rondo and Lance and JaVale and a SuperCoolBeas. They’re going to be fun, if nothing else. And that is something I can get behind.

I wish I had more for you than this. I really do. And, in the coming days and weeks and months, I will. But, for now, take this hastily written piece as my first dip back into these writing waters and enjoy yourselves a Lakers basketball game. I’m going to try to do the same.