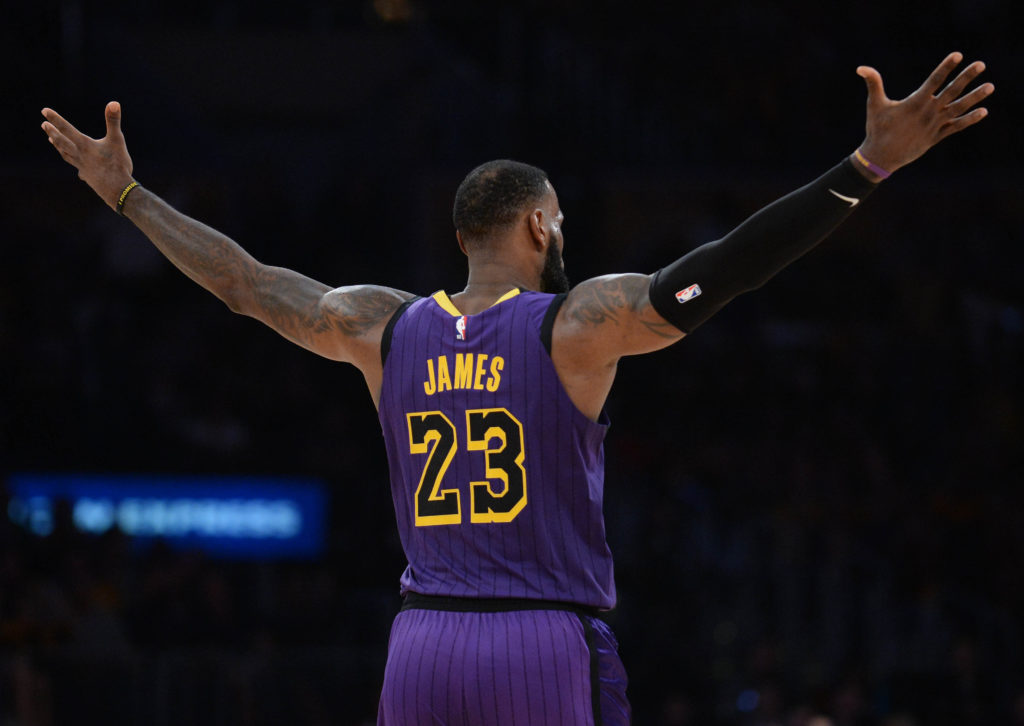 After a disappointing loss at the hands of the Orlando Magic on Sunday, the Lakers have an 11-8 record and are 7th in the uber-competitive Western Conference. Looking beyond the blow of being swept in their season series by Orlando, though, the Lakers have much to be happy about. Remember, the Lakers started 2-5 on the year but have since rattled off 9 wins in their last 12 games. Things are trending in the right direction overall.

This is reflected in the team’s statistical profile through these first 19 games.

After a month and a half of games and nearing the quarter-pole of the season, the Lakers are 14th in Offensive Rating, 10th in Defensive Rating, all while playing at the league’s 5th fastest pace. If you’d have told me this would be the Lakers statistical profile at this point in the season when training camp began in September, I’d have happily taken it.

After all, some of the narratives heading into the year were that a LeBron-led team would not rank in the top-10 in pace (they are), that LeBron-led teams had a defensive ceiling likely in the late teens or early 20’s (they’re well above that), and that LeBron teams are always in the top-10 in offense (they’re below there). Taken in the aggregate, I’ll take 2 out of 3 here with the hope that any team with LeBron will be able to get it going on offense in due time.

Something funny has happened on the way towards becoming the team they have, however. The Lakers statistical profile has inversed almost completely in the last 9 games.

To summarize the numbers above, the Lakers went from a good offense/bad defense team to a really good defense/bad offense team nearly overnight. The question is, how?

While they’re playing at a pace nearly 5 full possessions slower a night, this doesn’t explain exactly what’s going on on either end of the floor. Per the stats at Cleaning the Glass* the Lakers have seen subtle shifts in both their half-court and transition offenses from a frequency standpoint, but have had major shifts in how successful they are in two specific areas.

One might think, because the team is playing slower, that the culprit for why the Lakers are playing worse offensively is because they’re being forced into more halfcourt actions. But that’s not really true. In the team’s last 9 games the Lakers percentage of plays that were defined as half-court essentially stayed flat. Further, their offensive efficiency on these plays is only down 2.9 points per 100 half-court possessions.

Taken in the aggregate, then, the Lakers struggles on offense aren’t necessarily because they’re playing slower or that they’re meaningfully worse in their halfcourt sets than they were early in the year. Rather, their dip offensively can be more attributed to less success in transition where they’re not generating nearly the same quality of looks, consistently, as they did early in the season.

Defensively, however, the story is the exact opposite. Over the last 9 games the Lakers have made huge strides in how they’re defending in the half-court vs. any gains they’ve made in transition. Over the last 9 games, the Lakers are allowing only 85.1 points per 100 half-court possessions. This number is over 7 points per 100 half-court possessions better than they were early in their first 10 games of the year.

I think the answers here are two-fold and both relate to Tyson Chandler. First, the shift in numbers 9 games ago perfectly coincides with Chandler’s arrival. 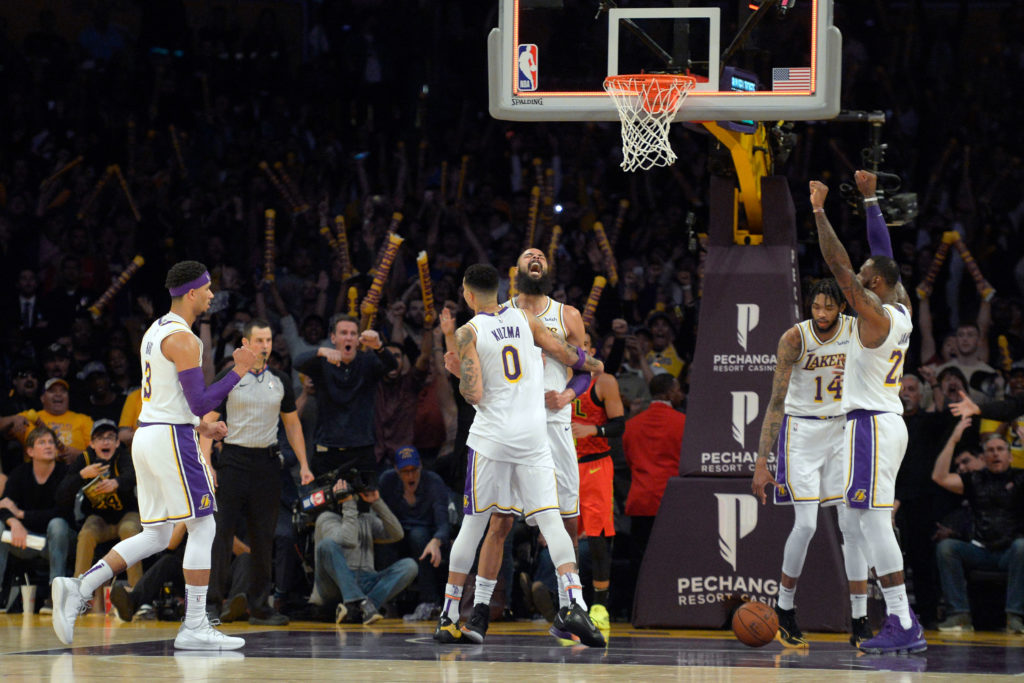 Since coming on board exactly 9 games ago, Chandler has played a little over 20 minutes a night, or 182 minutes in all. In those minutes, the Lakers have a defensive rating of 96.8. This is a fantastic number. And while this cannot all be attributed to Chandler, I believe a good portion of it can be. Chandler, while not the same elite level defender he was a half-decade ago, still brings a combination of smarts, communication, and practical/functional skill which can elevate a team’s defense.

Second, and I think just as important, is that Chandler’s presence actually simplifies things for the entire Lakers roster because he allows the team to play the exact same way for the full game. Before Chandler’s arrival, the Lakers were functionally playing small whenever JaVale McGee went out of the game. Be it Kyle Kuzma, LeBron, or Johnathan Williams, the Lakers were using lineups where the defensive scheme was not being replicated across every unit the team was employing. For a team that has a bunch of new players and several young guys who can still be prone to making mistakes due to a lack of reps, finding a way to remain scheme consistent for longer stretches can be meaningful.

Chandler allows the Lakers to do this in a way that no other player (besides Ivica Zubac, who barely played) did. Now, on nearly every possession, the Lakers are playing a drop coverage against P&R’s, forcing every drive baseline towards big man help, and trying to stay home on shooters weakside to limit the need for the backside wing to have to tag the roll man and recover to a shooters on skip and swing passes. They’re barely switching on meaningful on-ball actions and rarely making any major adjustments that could lead to the team making mistakes.

Yes, there are times this has hurt them. When the Lakers played the Magic in Orlando, they got carved up in P&R’s when Orlando would run two screeners up to the ballhandler to give him the option of using a pick in either direction. The Lakers’ point of attack defense wasn’t sure how to respond and the Magic scored repeatedly after getting into the paint quickly. The Lakers didn’t make any real adjustments to their scheme and paid for it. But, most nights, this consistency is working.

Now, if I had to guess, the Lakers defense will not remain this strong over the course of the season. I’d imagine that, over the next 20 games, they’ll drop back down and hover around the top 10-15 rather than being firmly in the top 5 as they have been for their past 9 games. That said, recent success — especially regular season success — shouldn’t come at a surprise. Team’s who play the Lakers style often perform well over the course of a full regular season and it’s not until the playoffs when switching and attacking mismatches becomes more prevalent, forcing the hand of the more traditional scheme.

We’re getting ahead of ourselves, though. For now, what I’m most interested in seeing is whether the evolution the Lakers have gone through in a short period, on both ends of the ball, will be sustained or if it was a blip on the radar. Because the change we’ve seen has been real. Just as the success that’s come from it has been.

*Stats at Cleaning the Glass exclude garbage time and possessions at the end of quarters that are highly likely to end up in a heave.