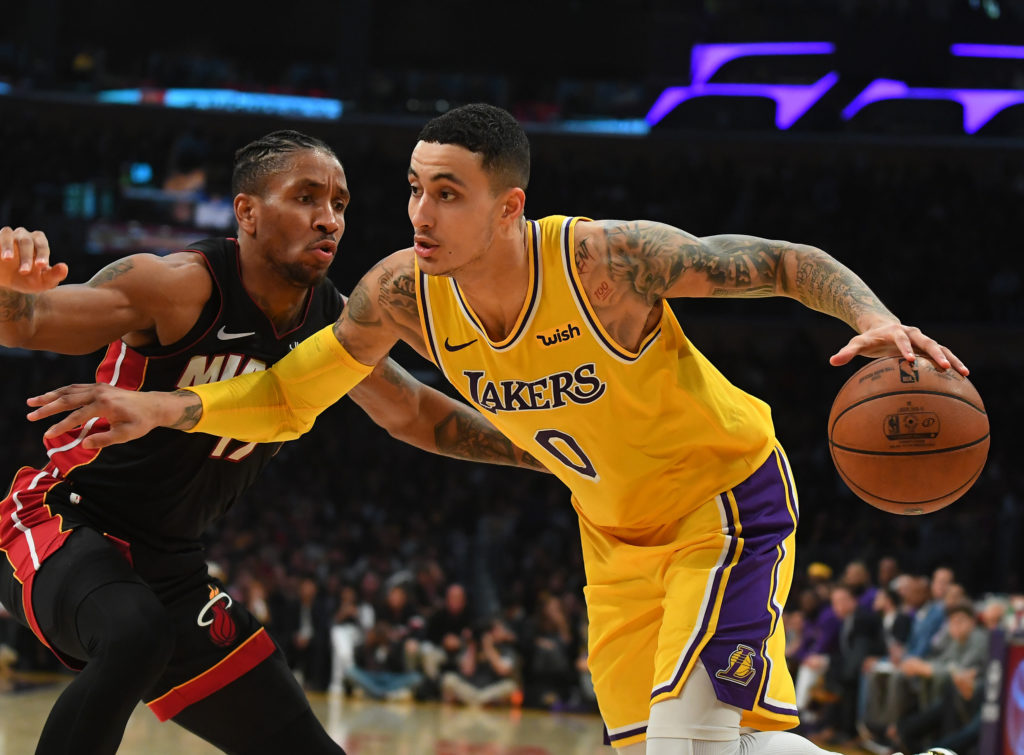 The Lakers spent their Monday evening winning a nail-biter against the Miami Heat in what will be the last game LeBron James plays against Dwyane Wade in the NBA. In that LeBron-says-goodbye-to-his-buddy-way it was unique, but in many others it was not unlike many other Lakers games this season. LA started slowly, played sloppy and haphazardly on entirely too many possessions, and then they came up aces in the final 5 minutes to pull out a close game.

That last part may throw you for a loop, I know.

A canvassing of Lakers fans will likely reveal a general angst about how games that are close late will play out. Maybe it’s the memory of LeBron clanking those FT’s when the Spurs came back to steal that game in OT in the Lakers 3rd game of the season. Or maybe it’s just a residual reticence to accept that this version of the Lakers isn’t the same one from the past few seasons. I mean, it’s been years since the Lakers were considered reliable in these situations, much less playing games which had stakes attached to them at all. That’s a lot to shake off.

But this season, through 27 games, the Lakers have been one of the best clutch teams in the league. In games that are within 5 points or fewer in the last 5 minutes of games, the Lakers have the 4th most wins (10) and the 6th best winning percentage (.588 at 10-7 overall) — including going 6-2 in these games over their last 15 contests.

If these numbers don’t pop to you, here is a sampling of other stats the Lakers are boasting during the season in games the NBA defines as clutch (within 5 points in the final 5 minutes of the game):

Simply put, the Lakers have been ramping up their offense to insane levels in games that are close late. They’re hitting nearly half their 3-pointers, rarely turning the ball over, getting to the FT line a ton, and when they do miss shots they’re turning every rebound into, basically, a 50/50 ball (shout-out to Tyson Chandler and his tip backs). Defensively they’re not quite at the same level they are on offense, but they’re doing two very important things really well: they’re not fouling and they’re forcing misses.

There is still room for improvement, of course. Especially defensively. Lakers opponents are not only shooting 38.1% from beyond the arc in the clutch, but are taking the 4th most 3’s per 100 (clutch) possessions. And while the Lakers are forcing misses overall, their defensive rebounding rate (70.0%) is only 12th in the league in these situations. If the Lakers could be better on the defensive glass while also running teams off the 3-point line more often, their defense in close games could take an even larger jump and buoy them should some of their offensive numbers regress to more reasonable numbers.

Still, though, it’s encouraging to see the Lakers finding a way to get wins in these types of situations. Beyond the impact it can have on the standings in an absolutely brutal West, the seasoning it provides a generally young team can pay dividends down the line.

After all, nothing beats real game reps and the Lakers, with a league leading 17 games (tied with 3 other teams) which can be categorized as “clutch” by the NBA, are not only getting that exposure but are seeing success. Even if you want to attribute much of that success to LeBron, the cascading impact simply being in the game can have on Lonzo, Ingram, Kuzma, and Hart is something I’ll take every single time.

Of course, I’d prefer the Lakers not play any close games and rack up blowout wins instead. One of the key predictors of future performance is point differential and the Lakers, at +2.2 per game, are just 11th in the league in this stat and miles behind the league leaders. That said, if you’re going to be in close games, winning them is better than losing. And the Lakers have been doing a great job of that this season by being one of the best clutch teams — especially lately.

*All stats via the NBA