In Monday’s much needed 107-97 win over the Dallas Mavericks, Brandon Ingram and Lonzo Ball led the Lakers to victory. Absent LeBron James, the two former #2 overall picks did what they did best to anchor their team on the 2nd night of a back to back.

Ingram scored 29 points on 12-21 shooting by slashing his way to the rim on aggressive drives and open court attacks that highlighted his plus ball handling skills and length. By also dishing out 6 assists, Ingram flashed some of the playmaking that inspires belief in his long term potential as a point forward who creates for others. Ball, meanwhile, scored 21 points on 8-15 shooting — including making half of his 8 attempts from behind the arc. His assist numbers totaled only 5, but he grabbed 7 rebounds (3 offensive) and showed once again that his overall success is often tied to his general aggression and activity levels. 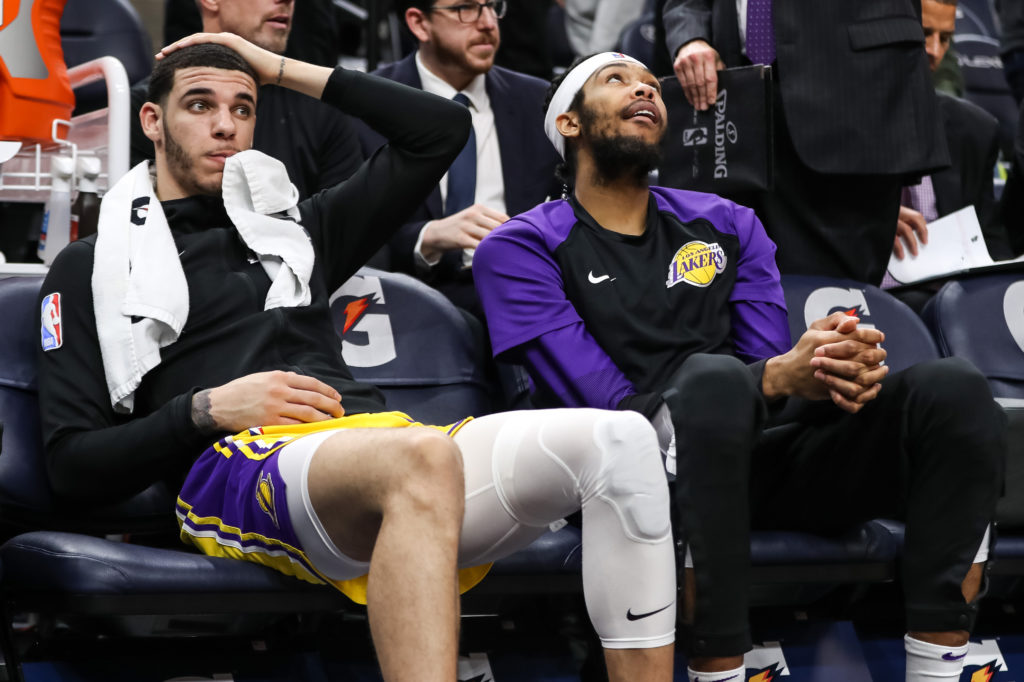 The idea of consistency is one I can get behind, but even on a team with LeBron context is the real king.

There’s a saying in the NBA (or sports in general) to be a “star in your role”. As the saying implies, no matter what you’re asked to do, do it to the highest level in order to help your team succeed. Defensive stopper or spot up shooter or pass first point guard or junkyard dog rebounder or stat sheet stuffing role player or superstar player. Be the best at that. Do it every night with consistency. Help your team win.

For Ingram and Ball specifically, though, the roles they’re being asked to fill are to be the 2nd (or 3rd) best player on a playoff contender. Ingram is being groomed to be a true #1 option offensively, a player who can score efficiently at baseline near (or above) 20 points a night while capably initiating halfcourt offense and distributing to/playmaking for his teammates. Ball is being groomed to be an elite point guard who can score well enough (especially as a long range shooter), playmake for himself and others, and be the engine that drives the Lakers breakneck pace. To say nothing of them being asked to be the team’s tone setters defensively on the wing.

Being this level of player consistently, for either Ingram or Ball, would likely place them in the top 50 players (or so) in the league.

Now, zoom out. Do we really expect Ingram or Ball to be that level of player at this stage of their respective careers? If you think the answer to that is yes, why? I’m guessing the answer would be their draft status or their pedigree or the hype around them as prospects. But, again, zoom out.

Any trustworthy and truthful analysis about either player coming into the league highlighted not only their talent, but the question marks about their physical readiness, skill development level, and shooting ability — if not all of the above. In other words, they were players with high upside and a baseline of credible tools and talents, but players who would need time to reach their respective ceilings.

If they reached them at all — the draft is a gamble after all. This is what drafting 19 year olds looks like. (As a tangent, there’s a reason Kyle Kuzma and Josh Hart — both 22 years old when they made their NBA debuts — looked more ready to contribute right away, regardless of their respective draft position relative to Ingram and Ball.)

Now, if you’re saying you want Ingram and Ball to consistently play hard or to consistently show high activity levels or consistently bring it defensively, I have no issue with that. Sure, I can give players a pass for a lackadaisical performance now and again — 82 games is a long season and no one is their best at work every day regardless of how much money they make or whether their job is a “game”. But, wanting effort and strong attempts to play the right way each night isn’t beyond expectation.

In summary, though, while I get wanting Ingram and Ball to be consistent and for them be great in their respective roles, I just believe thinking they can be the players they’re actually being asked to be consistently is a bigger ask than is being acknowledged when we throw the word “consistency” around. And while this period with LeBron out offers great opportunity and my hope is that they succeed and take advantage of these chances, the fact that they remain up and down shouldn’t surprise or, even necessarily, frustrate.