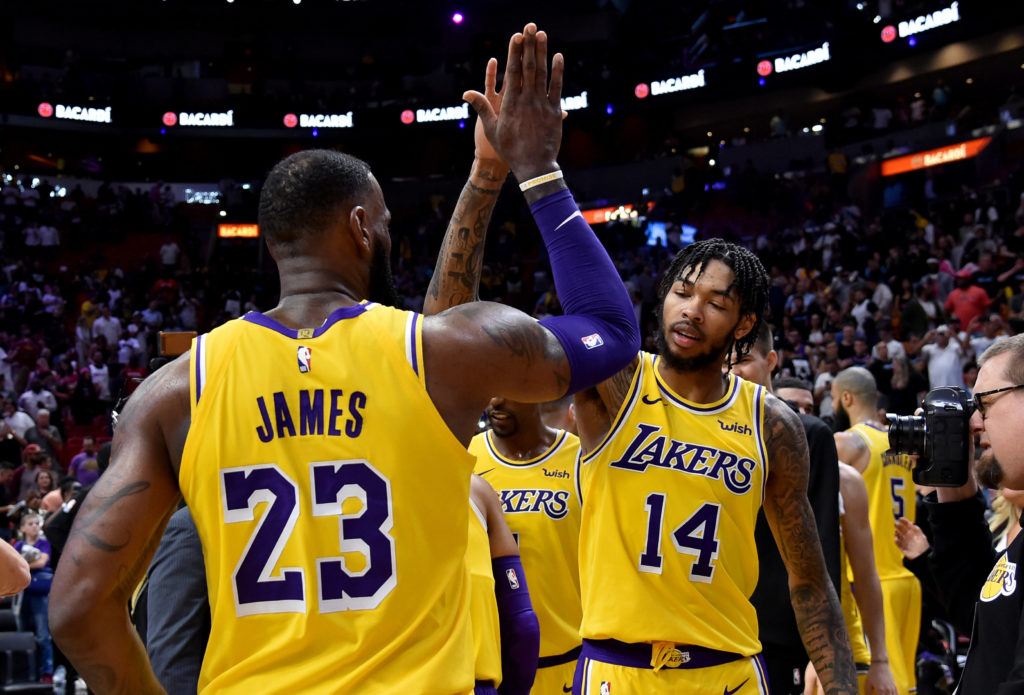 Opportunity knocks, but will anyone be home to answer? This is the question the young Lakers face in the wake of LeBron James suffering a strained groin that has him listed as “day to day” but will reportedly keep him out for “multiple” games (at least). The super-human James has never dealt with this type of injury, so cautious will be the road traveled as he maps his way back, through recovery and rehab, to the court to play in games.

The Lakers, then, will be without their star but will also be coming off what could be a springboard win over the Warriors on Christmas day.

Can they carry that momentum forward? Or will that in-game adrenaline from a nationally televised game on the holiday the NBA owns which propelled them to a win as fleeting as the joy my 5 year old feels when shredding off wrapping paper from a gift Santa hand delivered only to discover an all too practical long sleeve shirt?

The questions are many and the answers, to this point, are not clear. The team is saying the right things — Josh Hart, Lonzo Ball, and Luke Walton all made it clear after the Warriors game that they relish the opportunity to dispel the narrative that this team is James and a just bunch of other guys. And with Rajon Rondo also out vs. the Kings Thursday, Brandon Ingram is ready to take on the role he’s been getting groomed play since the Lakers took him #2 overall two years ago.

Ingram, who averaged 16 points, 5 rebounds, and 4 assists last season, looked primed to make a leap in his 3rd year, but has so far seen his per game averages drop as he’s dealt with an early season suspension, an ankle injury, and the major adjustment of playing next to LeBron. Still, though, Ingram’s stats with and without James on the floor this year show the player he can be is lurking, in the shadows of the King.

Per 36 minutes, Ingram averages 26 points, 6 assists, and a shade under 6 rebounds while playing without LeBron and Rondo. That’s star level production and indicative of a player who can be the focal point of an offense. The Lakers also have a +1.5 net rating with Ingram on the court while both LeBron and Rondo are off the court, though through mostly defensive effectiveness. In the 90 minutes Ingram has played this year without his veteran chess-masters, the Lakers boast a defensive rating of 96.5 and grind teams down with length and young legs squeezing the floor.

Both Ingram and the Lakers as a whole will need to keep up this level of production if they want to succeed while James is on the mend. In the brutal west, they’ll need to continue to rack up wins at a respectable rate or risk dropping in the standings.

With James expected to miss multiple games, a quick glance at the schedule shows the Lakers facing the Kings twice, the Clippers, and the Thunder through the middle of next week. After that, the Knicks are on deck but then the Wolves and Mavs come calling. That’s 6 games vs. west teams, 5 of whom are in the thick of the playoff hunt. There is real risk during any stretch of the schedule, but without James to serve as a buoy, the talk you hear from LA’s young guys will need to be backed up by production.