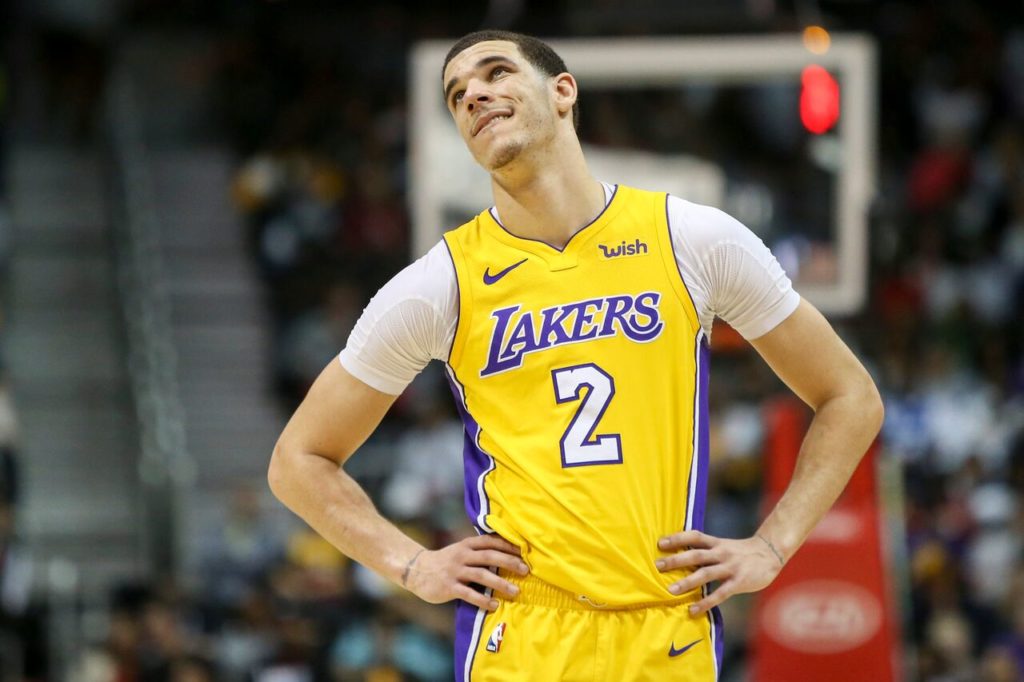 A couple of weeks ago, right in the middle of the period when the Kawhi Leonard trade talks between the Lakers and the Spurs were seemingly at their peak, Yahoo! Sports Shams Charania reported that Lonzo Ball had a torn meniscus.

This news seemingly came out of left field and Charania’s follow up post about it did not really offer any further details, but made it seem like it was not serious:

Now, there’s a bit of a mystery here which I cannot sleuth out but is worth mentioning anyway. If Ball had a torn meniscus that was diagnosed at the end of the season, why was it only coming out over 2 months later AND what makes it “minor” AND how is it that it was clear he’d be ready for the season when his long term future was still being explored?

Needless to say, all of that piqued my interest, but with little to no information to go on, I had little to say.

It seems, however, that be it the torn meniscus or some other ailment, Lonzo’s knee still isn’t right. Because the team has said he’ll have arthroscopic surgery on it next week:

MEDICAL UPDATE: Lonzo Ball is scheduled to undergo arthroscopic surgery to his left knee on Tuesday.

An update will be provided following the completion of the surgery. pic.twitter.com/jHPyQ0rQZS

First off, and I don’t want to jinx it, but I’m assuming the update you get following the completion of the surgery will read something like this:

Lonzo Ball had successful arthroscopic surgery on his left knee on Tuesday. He will be reevaluated in X-X weeks. He is expected to be ready for the start of training camp.

Anyways. Lonzo is having knee surgery. Let me say this right now — there is no such thing as minor surgery. I don’t mean this in a pejorative way towards anyone involved. Just saying, you go under the knife, it’s kind of a big deal.

I do think he’ll be fine and am not worried. But, you know, I’ll like this all a lot better when he’s back on the court playing and actually looks like himself.

Now, and this may only be for my own amusement, but follow me down a timeline which I think matters here:

I’m not here to speculate on stuff. I can only tell you what’s being reported now and what’s been reported in the past. But going back to January of this year, Lonzo has has been dealing with left knee issues for extended periods of time.

He missed 15 games and nearly 6 weeks of game action (which, to be fair, wrapped around the All-Star break) and then missed another 8 games to close the season. After dealing with an MCL sprain and a contusion during the season, he’s reportedly been diagnosed with a torn meniscus, had a PRP injection to stimulate healing, and now is having surgery all within a 3 month period since the season ended.

This is…worrisome, right? I mean, I’m not saying he won’t be okay or that this is going to be a recurring issue, a long term problem, or anything like that. Speculating or going down that path, I think, is irresponsible with the level and amount of information we have at this point. But, clearly, something’s been up with Lonzo’s left knee and whatever it is would seem to be connected in a way which has thrown off his healing and recovery timelines since early in the calendar year.

There’s really nothing else to say here, either. He’s getting his knee scoped. I hope and believe it will turn out well. We should have an update early next week which, again, hopefully gives us a timeline for his recovery which will put him on pace to be ready for training camp. That’s the hope.

Though — and, whether this is fair or not — at this point one couldn’t blame you if you’re skeptical that whatever timeline comes out is how this plays out. Because that hasn’t been the case this year.