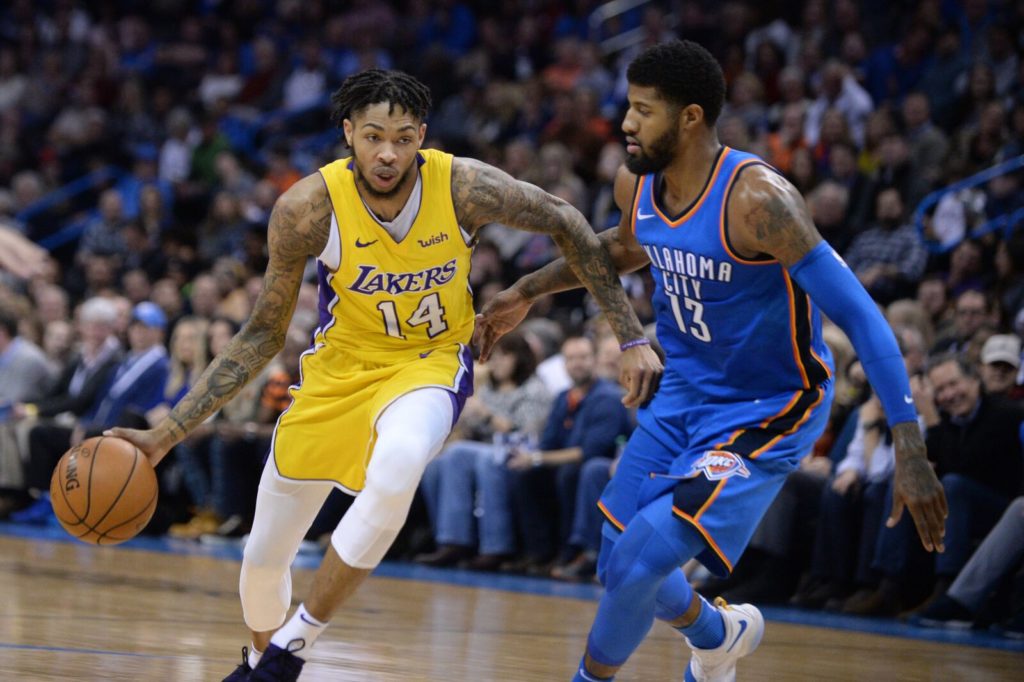 Jeanie Buss recently said that signing LeBron James in free agency reminded her of when the Lakers, then led by her father and Jerry West, lured Shaq away from Orlando. The magnitude of the moves are surely similar even if only from a name-brand standpoint, to say nothing of the comparisons between both superstars coming to teams who had gone through (relative) down periods but had shown to be a team on the rise the season before their arrival.

Tack on ramped up expectations and the presumed trajectory of the team in the aftermath of the signing, and the comps are eerily similar even while acknowledging the difference in the respective stages of their hall of fame careers both players joined the team.

The other difference, for me though, is that when Shaq came you immediately understood the identity shift which was about to occur by dropping the big man onto the roster. The Lakers would become a team which played through the pivot, a post-centric team which featured their big man on every possession. Yes, holdover players like Nick Van Exel, Ced Ceballos, and Eddie Jones would continue to get their shine and be featured in their own ways. But this would be a team focused and built around the unique talents of Shaq. This, in turn, would trigger a certain type of play which then begets a certain level of expectations.

LeBron joins a Lakers team that, as we’ve chronicled, is not necessarily built in a way which aligns with his previous teams. While the team has more shooting than they’re being given credit for, playmaking has been emphasized and the resulting roster is a hodgepodge of eclectic veterans and precocious, but talented youngsters. This is likely to require LeBron to make changes to how he plays at a stage of his career where change isn’t so easily accomplished. And while the saying about old dogs and new tricks may not cleanly apply to an aging dog who actually has more tricks than David Blaine in his arsenal, the question about how this all meshes is real.

Which leads us to the question that is on the font of everyone’s minds — what exactly will these Lakers be? In a recent podcast, Pete and I tried to get to the heart of this via an examination of schemes on both sides of the ball, player roles, and how the young players develop. I think that’s a good starting place, but it still leaves us with a bunch of unanswered questions that we will only get insight on when this team hits the floor.

When we step back, too, I think it’s worth looking at this mostly from the standpoint of how unpredictability can be, in its own way, something to cherish and enjoy rather than fret over. Understand, the jump in expectations are going cast a certain vibe over this season in general, but this is probably the year where how this team is viewed and what they’re pre-determined to be able to accomplish are the mildest. Most observers have baked in a fair amount of uncertainty into their analysis and while it might be easy to get worked up over how this can come off as negativity, I think embracing this uncertainty as a fun part of the process is a worthy subplot of the season.

Can this team grow into something better than expected? What will the journey to being a fully formed team, this season, under these circumstances, look like? How do these players mesh? How does Walton utilize and deploy them? These are questions that we should enjoy finding the answers to. This year, more than anything else, has the capacity to be one of learning and experimentation. I say enjoy that uncertainty. It’s probably the last year this team, these LeBron-led Lakers, will have the luxury.

I’ve said this multiple times over the years, but one of my favorite Lakers seasons was the 2008 campaign. That might seem odd considering the loss in the Finals to the hated Celtics, but from a year which began with a Kobe trade demand over the summer to the Andrew Bynum emergence — then injury, to the Pau Gasol trade, to a deep playoff run…the season was full of out-paced expectations and a ride so full of surprise and outright fun, I’ll never forget it.

I’m not saying this Lakers season will end up this way, but I am saying that like that season this year’s team enters with a bunch of unanswered questions that can serve as a rallying point for fans and players alike. Why not embrace those and enjoy them for what they can be? It’s what I’ll be doing when the games tip this fall.