The Lakers have waived Forward Luol Deng Saturday, announced via a press release. Shams Charania of The Athletic reported it first:

Sources: The Los Angeles Lakers and forward Luol Deng are finalizing a contract buyout as part of waive-and-stretch provision.

As Charania reports, the Lakers will use the “stretch provision” on Deng, allowing them to lessen the cap hit caused by releasing Deng and the remainder of his contract. For those unaware of what the stretch provision is, it allows you to waive a player and then “stretch” the final amount owed on their contract over multiple years (double the remaining years + one) to lower the financial burden.

If you’re wondering why the Lakers made this move today rather than, say, earlier this summer the answer actually lies in the fact that September 1st is the day after the deadline to stretch a player and apply those salary savings to the 2018-19 season. In other words, the Lakers purposely waived Deng at the exact time where they are, technically, only stretching the final year of his contract.

Using the formula I laid out above, they’ll now have Deng’s “stretched” contract amount on their books for 3 seasons, starting in the 2019-20 season. If the Lakers would have waived and stretched Deng before today, the stretched amount would be on their books for 5 seasons (2 years multiplied by 2, plus 1).

Beyond the financial benefit of waiving and stretching only the final year of Deng’s salary, ESPN’s Ramona Shelburne and Adrian Wojnarowski are reporting that Deng gave back $7.5 million of the remaining $36.8 million he was owed over the final two years of his deal. This is a significant give back by Deng, making clear his motive to move on from the team in the hopes of signing onto another roster for the upcoming season where he can earn back some of what he gave up.

With Deng giving back the amount he did, the Lakers will now only stretch $15 million over 3 years, reducing his cap hit to only $5 million per season. This, then, will allow the Lakers to go into the summer of 2019 with a significant amount of cap space — more than enough to chase the 2nd max salaried player they covet to pair with LeBron James.

Even though it was always assumed the Lakers would make this move if they needed the space to sign a max level star, doing so now leaves no doubt of where the Lakers stand. The league, if they weren’t already, are on notice — the Lakers plan to chase and sign a second star next summer and now have the means to do it without any further cap maneuvering.

Whether they succeed, of course, is another story. Time will tell.

As for Deng, his tumultuous time in Los Angeles is over. Signed to a massive contract in the summer of 2016 by a front office no longer employed by the organization, Deng has suffered the indignity of seeing little court time over the past season and a half.

He made only one game appearance last year and was shut down down the stretch of his first year with the team in order to get the young players on the roster more playing time. The return on investment, at least from the standpoint of on-court production, was minimal. And while some joked that Deng was “living the dream” of making millions for riding the bench, he made it clear this was not the case by consistently stating his desire to play and be more than a mentor or professional presence in the locker room and behind the scenes.

For these reasons, I feel empathy for Deng. He signed a massive contract to play and was, ultimately, told not to. Squeezed by roster construction and the influx of young talent who needed minutes at the positions he was best served to play, Deng became a player no longer of use. I can only imagine what that feels like, especially for a player as prideful and as professional as Deng has been over the course of his career. 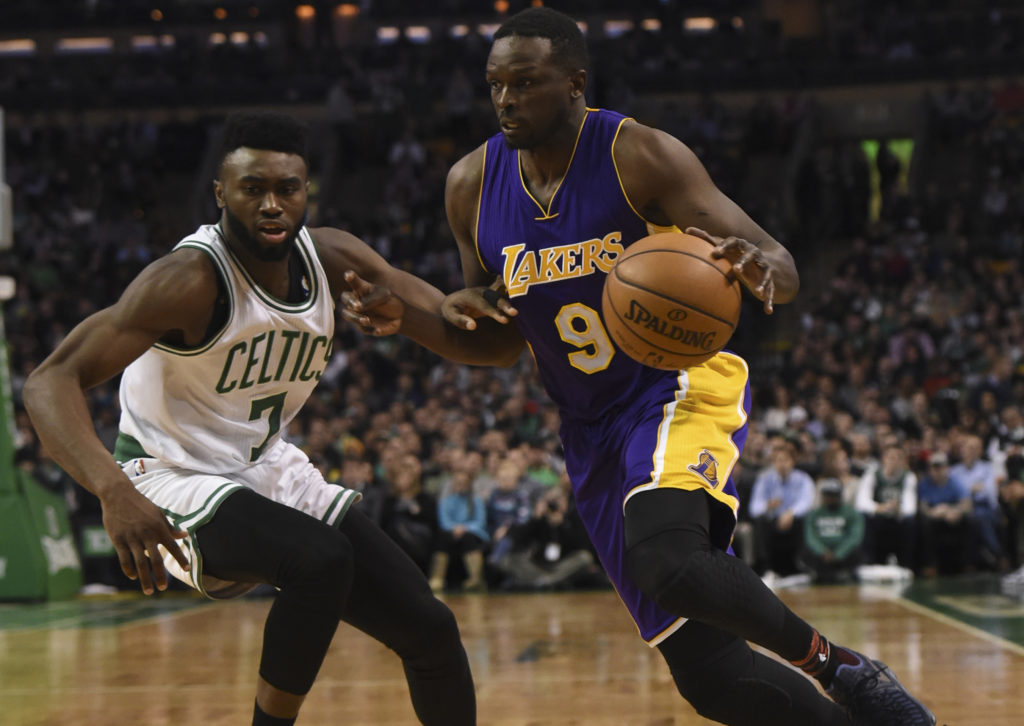 Remember, this was a player who has consistently been overworked, battled injury, and even dealt with severe medical issues in the aftermath of trying to play over the course of his career. He clearly loves the game and wants to contribute. To be banished to the bench after only two-thirds of a season into a four year contract is a special kind kick to the gut that I’m not sure anyone could endure happily even with a pile of money to comfort them.

Deng really did deserve better. But this is sports and concept of deserves at the individual level often falls in line behind the realities of what the team thinks is best for the whole. Deng suffered because of this, but the Lakers now have LeBron James and more data points on Brandon Ingram and Kyle Kuzma.

And Deng finally gets to move on.

So maybe it all worked out in the end?

Ultimately, though, the entire saga is over. In the summer of 2016 the Lakers spent a total $136 million in guaranteed money on 4 year contracts for Deng and Timofey Mozgov. Both are no longer on the team, mistakes undone via a salary dump trade greased by a former #2 overall pick and a stretch provision waiver that will cost the team nearly $30 million in salary just handed over as a parting gift for time served.

I wish Deng the best in his next endeavor. And I hope the Lakers can use their new found 2019 cap space on a player who can be all and more than what Mitch Kupchack and Jim Buss thought Deng would be for them.