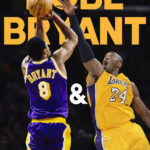 With the Lakers set to retire Kobe’s numbers today, there’s been a ton of great content around the web to celebrate the career of one Kobe Bean Bryant. So, I figured, what better way to help out you, the reader, than to gather up a bunch of good stuff I saw and put it in […]

The off-season is here for the Lakers and that means a slow-down of news around our forum blue and gold clad basketball team. Fear not, though, faithful FB&Ger’s as there is still plenty of good reading and listening around the web to consume you until the next piece of breaking information comes out of El […]

Happy Monday, everybody. Here are your best Lakers-centric reads from the week: …AND YOU GET A MAX DEAL: The Lakers will have loads of cap space this summer, so why not get ahead of the curve by taking a look at Tom Ziller’s excellent breakdown of the top 100 free agents of 2016? COACH SCOTT: It is […]

Happy Monday, everybody. Here are some of the best Lakers-centric reads from around the web: TYPICAL KOBE: The Lakers kick off the week against the Mavs and, if you recall, one of Kobe’s best-ever scoring displays came against this team 10 years ago. It was the utterly insane 62-point outburst in which he outscored the entire Mavericks […]

Happy Monday, everyone. Here are a few of the best Laker-centric reads, news and notes from around the web: THREEEE THAT’S THE MAGIC NUMBAH: At this juncture, it is safe to assume that the Lakers will not be earning a playoff berth this season, meaning the team’s odds of making a third consecutive trip to the NBA lottery […]

It is pretty easy to be down on the Lakers right now. They possess a 1-5 record. They are in the bottom 10 in the league in both offensive and defensive efficiency. They have lost two very winnable games (opening night vs. the T’Wolves, Sunday against the Knicks) while facing a relatively soft schedule (for […]

The Lakers have been one of the most injury ravaged teams of the last three seasons. Depending on who you ask, this is either the result of snakebitten bad luck or gross incompetence by the organization and their training staff. This is the internet, after all, and the hot takes run wild. The truth however, as […] 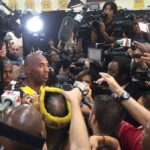 (photo credit: NBC Los Angeles) As we wrote yesterday, media day is mostly a circus. And when you’re Kobe Bryant, heading into your 20th season, coming off three straight years of season ending injuries, and playing on a newly constructed team where as many as five players (by my count, at least) will be rookies, […]

Believe it or not, today marks just the 13th day in the way of Lakers’ training camp officially kicking off. While it still puts us at a relatively far distance from opening night (42 days, to be exact) it does mean we are making progress towards meaningful basketball being played. And just as we prepare our television […]

When trying to catch a fish, it is apparently common to use the “Bottom Fishing” method, in which you lay your bait on the bottom of the lake and hope something bites. I was unaware of this tactic until preparing for today’s post, for which I had to scrounge through the depths of college football […]